Are you looking for the best liquid CPU cooler? Heavy use of your computer’s CPU will eventually heat it up after several hours. This could be unhealthy for your CPU as it could create a range of problems from temporary malfunction to permanent failure. If you’re experiencing this, we’ve got you covered – read this review on the best liquid CPU cooler products in the market!

Computer cooling is essential as a way of removing the heat produced by CPU components. Generally, when the CPU is extremely heating up, its integrated circuits (which include the graphics cards, chipset, and hard disk drives) may be severely affected.

In the past, it was common to use a heatsink, which uses airflow to reduce the temperature. Computer fans have also become widely used with heatsink fans to drive hot air out of the system. These days, liquid cooling has become an industry standard for effective reduction of temperature in your CPU.

WHAT IS LIQUID COOLING?

Over the years, CPU and graphics cards have been developed to work at better speeds. There is a need to add in more transistors to draw in more power and to have higher clock rates. However, this increase in speed also led to the generation of more heat.

Liquid cooling is basically a radiator for the computer’s processor. The cooling system enables the liquid to circulate through a heat sink that is attached to the processor.

As the liquid passes through the heat sink, the heat is then transferred from the hot processor to the cooler’s liquid. The hot liquid then leaves the radiator at the back of the case and transfers the heat to the air outside of the case. As this happens, the cooled liquid goes back through the system to the components and the cycle continues.

Check the differences of cpu air cooler vs a liquid cooler here.

This German-made device is a standard 240mm liquid CPU cooler with an integrated pump and CPU block that makes use of the standard G ¼” fittings.

The manufacturer has been known to be in business with ASUS, Sapphire, and Cooler Master, just to name a few. Instantly, this fact makes the Alphacool Eisbaer AIO CPU Cooler a fantastic tool to help address your CPU heating problem.

Alphacool Eisbaer introduces its extensible CBO closed loop in which the components have withstood several tests. The copper heat exchanger has been minimally modified compared to the Alphacool BexXxoS ST30. The pump is said to be a modification of an earlier cooling system, the Alphacool DC-LT.

Alphacool offers a wide array of cooling parts that allows anyone to build their own custom cooling loops. Its connectors make use of G ¼“ threads, which won’t give you much of a problem in terms of availability of parts. It is able to handle two 240mm radiators and a graphics card cooler.

What is great about this cooling system is that the AIO is not sealed. You can be able to swap fittings, tubing, and add in other components, thus allowing you to have a product that can grow along with your needs.

Tests have been conducted using Alphacool Eisbaer 240 and it was found to work very quietly. Reducing the pump speed by altering its power makes the effect almost unnoticeable. However, totally eliminating the noise may not be possible yet because a quiet CBO will not be able to work because of the fans.

Alphacool Eisbaer 240 gives a much higher level of performance than several other liquid CPU coolers. The expansion capability of Alphacool Esibaer 240 compares favorably with the conventional CBO closed loop. Installation-wise, though, it may take a little more time.

All in all, this liquid CPU cooler boasts of a sophisticated design, excellent cooling system and a user-friendly implementation of the expansion.

Despite having a lower RPM fan, CORSAIR H100i v2 produces less overall airflow in high pressure. There isn’t much of a change on the radiator, but there is a change in the layout of the radiator fin array.

The H100i v2 offers a similar experience to the earlier model, but a number of tweaks make this cooling system a great choice. One of the improvements that computer hardware experts would be happy about is that it offers a much better installation procedure along with a more streamlined set of power and data connectors. It is much simpler to attach using any of the pre-installed brackets.

Installing the dual 120mm fans is easy with pre-machined holes designed to allow screws to fit in with a little force applied to it.

One concern is the thickness of the radiator hoses, which some buyers found to be less flexible than it was on the previous model of the cooler.

The two fans can be either plugged into a splitter that is connected to the block or directly connected to the motherboard. You can choose whatever option depending on how you’d like to control the fans.

H1001 is a great improvement in a multitude of ways, and is by far a better version of the previous model. Extreme CPU cooling performance may not be achievable at this time since other aspects may be affected if we try to lessen the noise level.

However, it should be noted that this newer version has surpassed the expectations of the earlier H100i model. Best of all, it’s one of the most affordable liquid CPU coolers in the market.

Thermaltake has received generally positive feedback when it comes to the company’s high-end AIO water coolers. The WATER 3.0 is one of its most popular liquid CPU coolers on the market today.

This particular model has massive improvements compared to previous designs, the most popular of which are the fan controller system and the RGB 120mm fans.

The 240mm radiator has two high-quality fans equipped with a copper water block and durable 326mm long hoses. It also offers support for all major sockets from both Intel and AMD camps.

Thermaltake Water 3.0 Dual Riing CPU Cooler is designed to meet the demands of gamers and computer hardware enthusiasts. It’s an all-in-one liquid cooler that has triple 120mm high static pressure fans and a smart fan cooler. You have the option to choose between 240mm and a 360mm radiator to control any increasing CPU temperature.

What sets this liquid CPU cooler apart from the rest is its impeccable design. This complete cooling system comes in lacquer black and is complemented by black hoses, cooler base, and pump with a black back. The logo has been perfectly placed on the heat sink, which gave the whole system a robust design.

The pump is connected to the mainboard (3-pin), while the Riing fans are connected to a smart fan controller that is controlled using a 4-pin PWM connection from the main board. The fans are seamlessly quiet and provide optimal static pressure.

One of the great characteristics of this cooling system is the smart fan controller. It has the ability to switch between 5 LED modes or disable and cycle through 256 colors. It has speed control options that allow you to reduce noise levels. This could be a little bit pricier than a similar cooling system, but the features and design more than make up for it.

This cooling system boasts of an excellent CPU cooling performance through Water Cooling Solution with 4 x F12 PWM PST fans, 38 mm deep radiator and a highly-efficient water pump. Compared with other AIO water coolers, the ARCTIC Liquid Freezer offers a surprisingly low noise level. Other cooling systems in the market may have a high-power radiator, but the downside of it is that the noise level could be a bit high.

It has four low-noise 120mm fans mounted on opposite sides of the radiator to provide absolute airflow. These fans have opposing functions that create excellent airflow: the first two fans act by pushing air through the radiator, and the second two fans pull the air through it.

It also has the ability to control the fan speed based on the temperature of the CPU. Each fan has extra-long cables with black sleeving and a PWM header.

The Arctic Liquid Freezer 240 has a 1.5” thick radiator that is situated between four fans. It uses a mountain ring and locking barbs instead of hooked ends on the metal ring’s tabs. The radiator is denser at about 20 FPI and thicker than the average. The tubing is very flexible.

This device is a perfect example of how something as big as Arctic Liquid Freezer is surprisingly packed in a small box. The radiator, mounting hardware for both Intel and AMD, and the four 120mm F12 PWM fans all fit snugly into the packaging, which says a lot of about the manufacturer’s professionalism and attention to detail.

Price-wise, many would agree that this is a cost-effective cooling system.

It’s easy to be overwhelmed by the several options for liquid CPU cooler today. If you are not careful enough in checking and understanding each of their specifications, you might end up wasting your money.

Those factors may be important, but there are more specific features that you need to consider. Keep in mind that using a liquid cooling system requires additional space for the radiators. Ordinary CPU fan coolers would only need about 25mm of space and mounted properly. Meanwhile, radiators need an additional space of about 25-30mm to fit both the radiator and fans.

Air cooling has become a significantly important form of cooling due to cost and ease of use. As manufacturers develop smaller versions with the increase in customer demand, it will probably become more common in desktop computer systems in the future. It may not take very long before manufacturers develop the same for laptops.

Best Liquid CPU Cooler For You

Liquid cooling is preferred than air cooling because water transfers heat much more efficiently. Additionally, liquid cooling also makes your PC run quieter because the fans does not need to constantly run at a high RPM.

All-in-one liquid coolers are conveniently available in a wide array of sizes, and so there’s definitely something that’s going to be perfect for your needs. Apart from cooling your CPU, an efficient liquid CPU cooler can also be used to bring down the temperature of your GPU. Playing for long hours will definitely heat up the system, thereby affecting the performance.

So what do you think? Did you decide which is the best liquid CPU cooler for your PC? Share your views with a comment below! 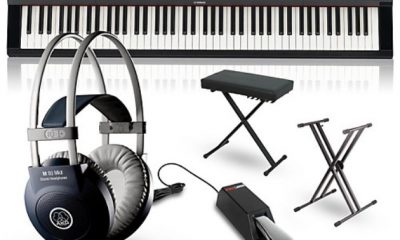 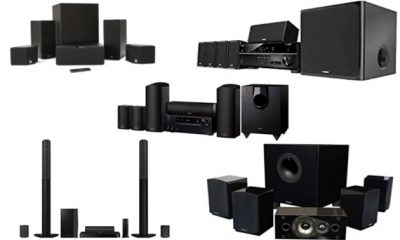 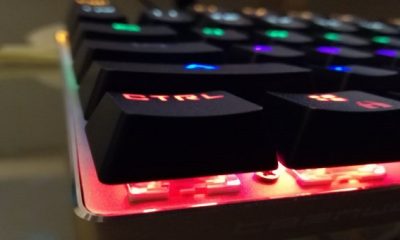 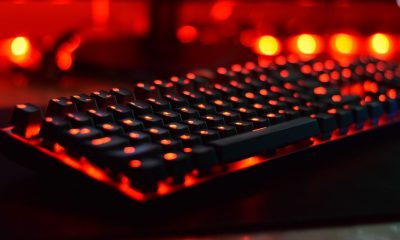 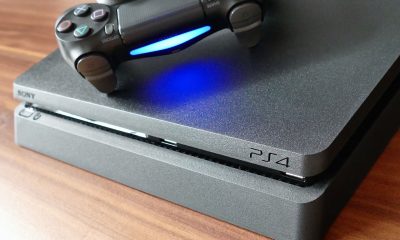 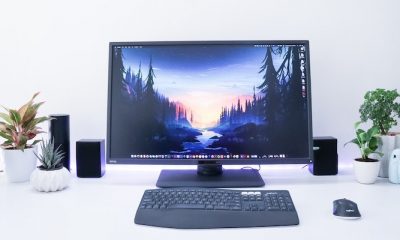 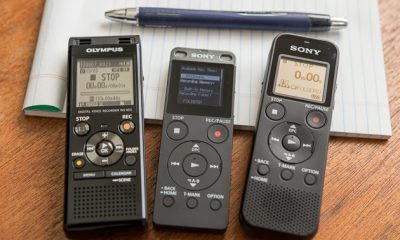 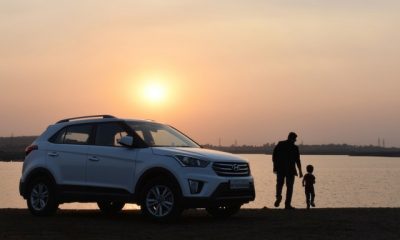