How To Record Your Screen for Free with OBS 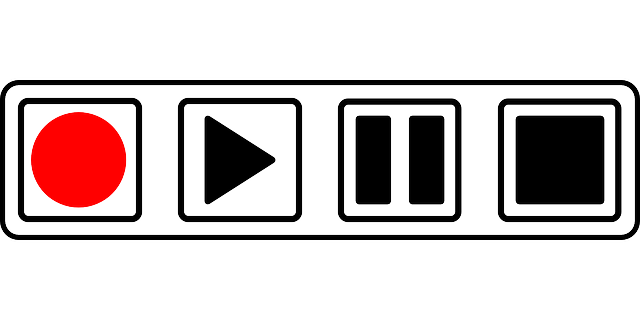 How To Record Your Screen for Free with OBS

There are so many reasons to record your screen these days. It’s becoming more and more popular to make a recording of what happens on your monitor. Despite this, it’s not all that obvious how exactly you’re supposed to go about it and getting good, free software to do the job can be tricky.

In this how-to guide, I’m going to introduce you to one of the best and most widely-used streaming and screen-recording tools: OBS

We’ll over what OBS does, how it works and the basic of making a recording. It may seem a little intimidating at first, OBS is actually a kitten once you get to know it.

Why Record Your Screen?

Why would anyone want to record their screen? Here are a couple common examples:

For a free program OBS Studio is pretty darn powerful. Let’s have a closer look at what it can do.

What OBS is Good For?

“OBS” is short for “Open Broadcast Software“. It’s a free and open-source tool that’s been around since 2012. The newest version is called OBS Studio, which is what I will be dealing with here.

In this article, we only care about the second purpose, but I’ll spend a second or two talking about what streaming is and how it differs from recording.

OBS Studio can connect to live streaming services such as Twitch and beam an image from your video sources all over the world.

While the streaming service receives one stream from you, OBS studio lets you modify what is being streamed, how it looks and when it stops.

In other words, OBS sits between you and the streaming service and gives you control of the picture and sound.

It’s quite a tough job for a computer to do its usual business and have to encode video as it happens. OBS does it well and on a modern PC doesn’t impact performance all that much.

When you use OBS Studio to record instead of stream, the program is still basically doing the same thing, it just doesn’t have to transmit the video over the internet.

Unless what you are doing has to be live for some reason, I suggest you always choose to record your screen offline.

In general, you can set the recording quality higher than with web-streaming and you can edit any problems or bloopers out later.

Laying it All Down

So let’s go through the steps in setting up a screen recording in OBS studio. With this guide I only intend on showing you the very basics to get a good screen recording of your whole screen.

As you will see, OBS Studio can do so much more than that. I’ll point out where you can do more, but the idea is not to go into depth here.

The first step is to download and install OBS Studio. Once you’ve done that start the program up. It should look like this. I know that it looks intimidating, but we are only going to use a handful of things here to get a good screen recording.

Back to the Source

A scene is a collection and arrangement of sources. A source is any media device or object that can be recorded.

When we do more complex streams or recordings we might want to switch between scenes that we have prepared. For example, you may have multiple cameras and may want to change between them.

For now, one scene is more than enough just to record your screen. Our scene has no sources in it though, so we need to add something to it.

To do this, simply click the “plus” button under sources to see a list of sources you can add.

We want to capture the whole display, so click on “Display capture”. You’ll notice that you can also add just particular windows, webcams and other neat stuff.

You can add multiple source and then drag to arrange them in the preview window. Maybe while you are playing your video game you want to record your face on the webcam, for example.

In that case you’d add the webcam as a source in the scene.

You should now see an “infinite mirror” effect since OBS is also recording itself. It looks like this: Now we need to go to “settings” at the bottom right corner of the OBS Studio window. Go to output and under “recording” make sure the video destination folder is where you want it to be. I also recommend that you set the recording format to “MP4”.

The rest is fine for our purposes. Just click “OK”.

All you have to do now is click “Start Recording”. OBS is now recording your whole screen. Minimize the OBS window and go about your business.

When you are done click “Stop Recording” and you’ll find the raw MP4 file at the location you chose under settings.

These are the very basic steps you need to do in order to simply get to the point where you are recording your screen, but you should spend time playing with the quality settings in OBS. Depending on your computer, you could record at sixty frames per second instead of thirty for one thing.

The OBS Forum is an amazing resource where you can get advice an guidance on just about every aspect of the software.

So to recap the basic steps I’ve outlined in this guide:

That’s all you need to record your screen. Feel free to drop links to your screen recording uploads in the comments!