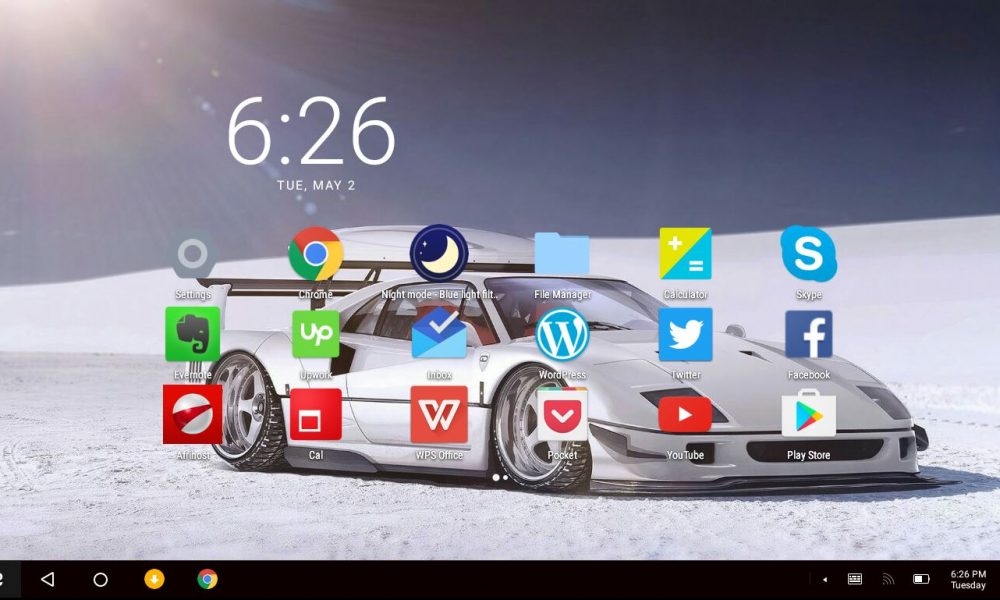 Google’s Android OS is without a doubt, one of the best mobile operating systems on the planet today. It’s currently the go to software being installed in both high end and beginner phone manufacturers retail devices. Android not only looks gorgeous on mobile devices, it’s also a very solid, reliable, and versatile mobile operating system with a Play Store that is packed with thousands of apps. These are just a few benefits of using an Android smartphone or tablet. But is it possible for a user to enjoy these great benefits on their laptop? Read on to find out how to install Android on your laptop.

Early last year, technology firm Jide released a computer operating system called Remix OS. Based on Android-x86 (which is an x86 PC ported version of Android), Remix OS will basically run Android mobile apps on all types of intel laptops and PCs which are compatible with the OS. This is great news if you wish to install Android on your laptop. Can you imagine having access to all of those Google Play Store apps on your laptop?

One of the biggest benefits of running Remix OS on your laptop might be for all those apps, but another great reason to install the OS is because of its lightweight functionality. It is in no way as demanding and as processor heavy as Windows 10. Remix OS is ideal for older PC’s that can’t handle Windows 10. So it is still possible to liven up your old laptop with a new sleek looking operating system.

What You Will Need First

Installing Remix OS (which is free to download) is actually not as complicated as you would expect it to be. Installation is quick and simple as compared to other alternative operating systems. It is important to note that although Remix OS is a stunning operating system with many great features, it does have a few minor drawbacks. It is in no way flawless and it is possible to run into a few issues that might be unfixable. These issues from my experience were different on different types of hardware.

However, Remix OS can still be a great piece of software to use if you don’t mind overlooking a few of these drawbacks. In order to install Android on your laptop, there are a few things that you will need first in order to get going:

Choose a System Size and Install

Is it any good?

Remix OS has gained a considerable amount of popularity this past year since its release. Its makers, Jide, have taken a very professional approach when developing and porting this Android OS over to PC. It seems that they plan to give away Remix OS for free in the hope that it will serve as some sort of tripwire for the hardware that they sell on their website. You can also expect regular updates and support for HD and 4K monitors. This is good news if your plan is to install Android on your laptop. There are other similar alternatives such as Phoenix OS available. But Remix OS feels much more polished and intuitive because of its similarities to Windows 10.

The initial release has had its fair share of bugs. But ever since the release of version 3 of the operating system, Remix OS feels more stable. It’s current design now features widgets and swipe actions to navigate (features taken straight out of Android Mobile OS). As mentioned earlier, I initially installed Remix OS on an old i3 desktop PC. It functions almost perfectly with impressive speed. I was able to make good use of apps such as Evernote, Pocket, and Twitter. You can launch all three apps and place them side by side for simultaneous use.

Should You Install Android on Your Laptop?

As mentioned earlier, I initially installed Remix OS on an old i3 desktop PC. It functions almost perfectly with impressive speed. I was able to make good use of apps such as Evernote, Pocket, and Twitter. You can launch all three apps and place them side by side for simultaneous use. I was able to play Asphalt 8: Airborne and GTA: San Andreas with no issues. The best part was that these games worked perfectly with a gaming controller! I highly recommend that you install Android on your laptop.