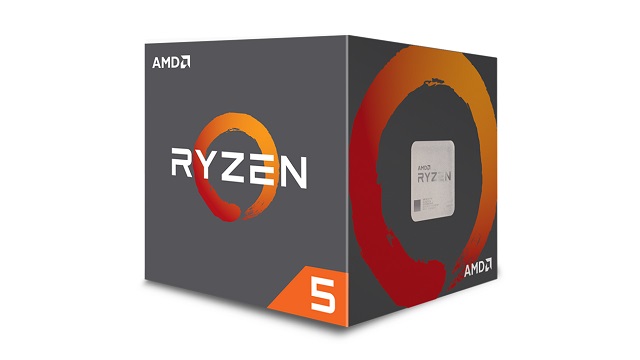 It’s finally here, after the pleasant surprise that was Ryzen 7 there are now AMD Ryzen 5 chips on sale. The Ryzen 7 chips have been very easy to recommend for users that need the high thread counts of i7s from Intel. These chips have been eating Intel’s lunch at a fraction of the price.

The last time I felt that AMD was still relevant to me as a mainstream (OK, upper-mainstream) user we were all still rocking dual-cores and I was eyeing the 5000+ Black Edition chip.

That was 10 years ago and it wasn’t too long after that most of us slunk back to Intel ready to pay that monopoly tax to get overclockable chips that performed in games, media, and day-to-day computing. So the question is if these new mid-range chips from Team Red can bring back the magic of that era.

SO let’s get down to it and look at the various aspects of these CPUs. For the most part, you’ve already seen much of this in the Ryzen 7 products, the real question is how much has been lost along with the significant price cut.

Are these AMD Ryxen 5 chips really a contender against the massively-popular Core i5 products from Intel?

The “X” you see at the end of three of the processor models does not indicate an unlocked CPU multiplier as you might think. After all, these chips are all unlocked anyway. Instead, it means that these chips have a slightly larger extended frequency range, which is a further push above the CPU’s turbo range if cooling permits.

In practice, this means those “X” chips can push between an extra 100 and 200 MHz, depending on the specific model. Whether that is worth anything to you will depend on your use case, but essentially these chips are ones that did better in testing. So AMD is essentially “binning” some chips into a higher price bracket.

Is the Price Right?

These seven chips have recommended prices that range from $175 to $249. On the street, you may end up paying slightly more or slightly less, depending on what the market does.

However, this price range covers most of the upper part of the Kaby lake i3 range. That’s a good sign since the AMD Ryzen 5 chips are marketed against Core i5 products. Basically, AMD is sending the message that they want to offer i5 performance at i3 prices. That’s a deal anyone would find hard to refuse.

The Slowest base clock in the series is 3.2 Ghz and the fastest is 3.6 Ghz. That’s not a big frequency range and it suggests that at full load (when the turbo is least effective) we won’t see that much difference in single-core performance.

Of course, this doesn’t tell the whole story, because the differences between the 1300 and 1600 CPUs is down to more than just clock speed.

One thing AMD Ryzen 5 immediately has over the Core i5 CPUs from Intel is the fact that AMD is breaking the quad-core mold. The 1600 and 1600X are both hexacore CPUs as well as having the fastest per-core speed.

In addition to this, all of the AMD Ryzen 5 chips have the equivalent of hyperthreading. This means the 1600s have 12 threads and the rest have eight threads. No current i5 has this, so you’ll get four threads at most. Of course, the chances are that you need to buy a whole new motherboard to take advantage of this new series of chips. Even if you are running an older AMD generation.

AMD have always been good about sticking with a socket for far longer than Intel. Indeed, Intel has changed sockets with almost every new generation of CPU. Forcing us to buy new mainboards and sometimes memory every time.

This is now going to bite them since the choice is not between a simple CPU upgrade or mainboard swap. You need a new motherboard whether your next CPU is from AMD or Intel anyway.

The good news is that we now only have one socket to worry about. Before there was some bad fragmentation of AMD motherboard sockets, which meant you could not simply slip in a higher-end CPU later when you had the money.

This basically means your choice of motherboard depends on things like how many GPUs you want to run, how many USB 3.1 ports you want and other creature comforts.

The best news about AM4 is that AMD plans to support the socket until 2020. That means we may see the next three Ryzen generations supported without the need for a new motherboard. That has to be factored into the decision, since it will cut down upgrade costs significantly.

We don’t have all seven CPUs out yet, but the high-end 1600s are available to buy right now. AMD is putting this top end CPU up against the i5 7600K. That’s the current i5 flagship.

From what I’ve seen the per-core and per-clock difference is 10% with the advantage going to Intel. Since that i5 chip is priced to match teh 1600X you’ll have to think about it.

If you are primarily a gamer or someone who must have the fastest single-cire performance without any software that can use more than four threads, the i5 is your best choice. If you have a more mixed use case (like most of us) the 1600X is actually a better choice overall.

AMD is Back, Baby!

The AMD Ryzen 5 chips may not be as disruptive as the Ryzen 7s, but boy is this a return to form for AMD. Just last year the idea that they could ever stand toe-to-toe with Intel, but no one is laughing now. Be sure to also check out the details on the upcoming Coffee Lake chips from Intel and our guide on whether the time is right to upgrade your CPU.

All images are the property of AMD and are used under Fair Use rationale.