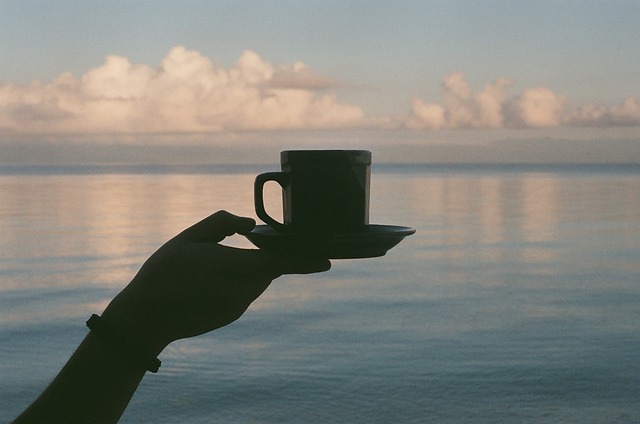 If I were Intel right now, I’d be a little nervous. AMD has come out of nowhere to once again steal the price-performance crown with Ryzen. So there’s a lot riding on the success of the upcoming Intel Coffee Lake chips.

Originally we were expecting Coffee Lake chips to only arrive in 2018, but it now seems that we will be getting them in 2017. Does AMD’s move have anything to do with this bump in the schedule? I wouldn’t be surprised.

So let’s look at what we know about Coffee Lake at the moment and what sort of market they will be entering thanks to the existence of Ryzen.

It’s hard to look past the fact that Ryzen is pioneering the mainstreaming of chips that carry more than just four cores. While AMD was no threat in the market (thanks to the like of Bulldozer), Intel refused to give us more than hyperthreaded quad cores on anything but a Xeon CPU.

The new chips from AMD are pretty close in terms of per-core performance compared to Intel but have more cores. The XFR auto-overclocking is also capable of some dramatic clock speed increases when the running load is not heavily threaded.

So unless single-threaded performance absolutely must be the best and you are so wealthy that price-performance is irrelevant, it’s become hard to justify a high-end Intel CPU in a new system build today. With at least one 6-core i7 in the lineup, Coffee Lake seems to be aimed at solving that little problem for intel.

Bigger Than You Thought

Coffee Lake does not represent a die shrink compared to either Kaby lake or Skylake. While many were expecting a production process shrink to 10nm, this is still a 14nm chip line.

It’s just another clue that silicon semiconductor technology is heading for a brick wall. So the sooner companies like IBM can perfect the successor to silicon, the better.

It seems we will have to wait until the release of Cannonlake, perhaps in 2018, before we see 10nm chips. At least the Coffee lake CPUs use the same architecture as Cannonlake, but “Tick Tock” seems well and truly dead. Although we won’t be seeing the temperature and speed benefits of 10nm technology just yet, the actual architecture of Coffee Lake is identical to Cannonlake. As far as we know at least.

This means that whatever performance we get out of Intel Coffee Lake should scale well with higher clocks in Cannonlake. It makes it less clear how much performance gain there will be clock-for-clock compared to Kaby lake which is also on the 14nm process.

According to Intel, their new chips are going to be 15% faster and it seems the TDPs on offer are also relatively low. According to a leak that digital trends published Intell Coffee lake chips will be offered in 15,28 and 45W versions.

Six of the Best?

The biggest news is perhaps the fact that Intel Coffee Lake chips will include among their number a mainstream hexacore. For the first time, Intel will be selling an i7 that has more than four cores and eight threads.

I think AMD has done us a real favor here, since going the Xeon route to access more cores is not just a question of buying an expensive CPU. You also have to buy the ecosystem that goes with it.

Xeon means getting a high-end and pricey motherboard, expensive ECC RAM and various bits and bobs needed to support it all. A Xeon-based computer is not cheap.

AMD has also driven another part of Intel’s processor design: the integrated GPU. Ever since AMD started putting decent GPUs into their processors as a way to edge out Intel from the entry-level of the market, we’ve seen a  big jump in Intel iGPU performance.

Intel Coffee lake contains the 10th-generation iGPU. We don’t know much about what to expect. In 2016 Intel boldly claimed that their iGPUs were now as fast as discrete cards.

They can certainly now play some AAA titles like Overwatch. Despite rumors that AMD would license GPUs to Intel, these new chips will just continue the trend.

The acceleration of the Intel Coffee lake release leaves us with a sort of weird situation. In 2018 (when the 6-core Intel Coffee Lake CPU will launch) there will be Cannonlake CPUs alongside it.

This makes the next few months a perilous place for new system builders or upgraders. If you are running a 4th-, 5th- or 6th- generation Intel CPU it’s probably worth waiting until Cannonlake is out before upgrading.

If on the other hand, you have something older than that it’s perfectly fine to upgrade to Kaby lake or even a bargain Skylake system.

It’s been many years since the CPU market was poised for such a showdown. It almost looks as if Intel wants to crush AMD’s plucky Ryzens with sheer mass. Obscure them in a flood of SKUs.

The thing is we have yet to see the mainstream Ryzen parts. If the high-end chips are already going for a third of the price compared to the closest Intel chip, the mid-range one could really disrupt things.

No matter what happens, this can be nothing but good for us as consumers. When Intel is feeling the pressure we all benefit from better products at a much better price. Intel Corporation’s employees work in the D1X fabrication facility in Hillsboro, Oregon. Among Intel’s most modern facilities, D1X is a multibillion-dollar microprocessor research factory. Workflows are perfected at the plant and can be then replicated at other Intel facilities. (Credit: Walden Kirsch/Intel Corporation)

The never-ending cycle of new hardware is always a nightmare for those of us trying to both keep up to date and not waste money. It’s hard to be patient when so much great gear is entering the market. Especially since AMD has not been relevant for such a long time.

Hopefully, the long-awaited move beyond quad cores in the mainstream space will finally push developers to make their software more threaded. This really could be one of the biggest market pushes in over a decade and I’m pretty excited.

If you want some help deciding whether you need a new CPU right now, check out our article on CPU upgrades. There’s even info if you are looking to build a whole new system.

Kees Friesland
Read More
Scroll for more
Tap
eSports Are Real Sports? The Big Debate
Bezel-less Smartphones Are Coming. Should You Buy One?