Should You Upgrade Your CPU? 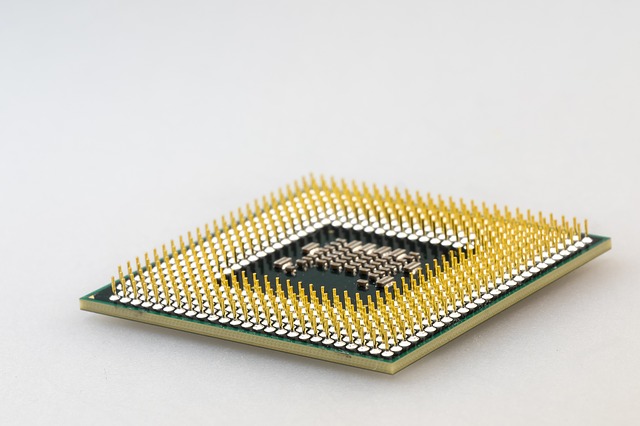 Should You Upgrade Your CPU?

It’s an exciting time in the CPU world right now. We’re all waiting for the new AMD Ryzen processors to launch and early benchmarks look encouraging. So right now you may be thinking that you want to upgrade your CPU.

Should you, though? For many of us who have been in the PC hardware game for decades, it’s become almost a habit. Every 18 months or so your CPU would be noticeably slower than the latest model in the same price range and new applications would start chugging.

That hasn’t been true for a while and for most casual users don’t need to upgrade their CPU very often at all. At least not for performance reasons. Word processing, YouTube, and web browsing no longer pose a challenge for any sort of CPU on the market.

The Need for Speed There are a lot of users who do need high-performance CPUs. These include various professionals such as artists, video editors, 3D modelers, scientists, engineers and of course gamers.

These groups of people are always looking for a performance edge and if you fall into one of these groups you may be wondering if it’s the right time to upgrade. In this article, I’m going to go over some of the key questions you should ask yourself before considering a CPU upgrade.

The first thing you have to know is if you can upgrade your CPU by simply buying a CPU itself. Often new CPUs, especially from Intel, require a new motherboard with a new CPU socket. If that’s the case you may also need to start upgrading other components. Most likely the RAM, which often moves on with the CPU generation.

If that’s the case you may want to weigh up the cost of the upgrade versus simply buying an entirely new computer. Buying a new computer will leave you with a working computer to sell or use for something else.

After an upgrade, you’re left with a motherboard and CPU which, if they were old enough to need an upgrade, not many people may want. The bottom line is that if you need more than just a CPU to upgrade your CPU, maybe you should consider the pros and cons first.

What’s Your Time Worth? If you want to upgrade your CPU to increase your productivity you’re essentially looking to save time. For example, if you render videos for a living you’ll make more money if you can render them more quickly, right?

The thing is that the further up the CPU range you go, the more the returns diminish. Each extra dollar does not fetch you the same performance gains as the previous ones.

So you need to work out how much time a given CPU will save you and then calculate how much that’s worth to you in financial terms. That will tell you if the premium price you’re paying will be recoupable. Benchmarks are the key here and you can work out the performance-per-dollar value of a CPU easily that way.

Will Your Software Benefit?

When you upgrade your CPU, you may find that “upgrade” has different meanings. You have to think about things like core count, clock speed, boost levels and multithreading.

When it comes to performance gains, it really matters what sort of software you mainly use your computer for. Software that is not very threaded won’t get much out of multithreading or anything bigger than a quad core.CAD software, for example, loves

CAD software, for example, loves fast per-core performance. So it’s generally better to have a fast dual or quad core than something with more than four threads.

Are You CPU Limited?

Lots of applications, especially video games, are not leaning on the full power of your CPU. Synthetic benchmarks are one thing, but is your current CPU even being fully utilized with the work you currently do?

Figuring this out is not too hard. You just need to find some software to track your CPU usage. A quick Google will provide many options.While running the software, go about your business and use your computer with all the software you typically need.

When you’re done, check the record of CPU usage and note how often your CPU hits 100% usage across all cores. If your CPU is constantly maxing out that may be a sign that your system is CPU limited. If not, you may be better off upgrading something else.

Should I Upgrade Something Else Instead?

Which brings us to the next important question when you want to upgrade your CPU: Is it the best upgrade for me? In other words, would you get a better performance boost by spending money on something else?

If your computer is not CPU limited by the applications that are running, it could be that another component is holding things back. In that case upgrading your CPU won’t actually make things go any faster.

One of the components most likely to slow the whole system down is the hard drive. Swapping it out for an SSD will make an immediate and tangible difference. Now is the right time to look into SSDs.

Upgrade Your CPU, or Not

There’s never been a tougher time to be sure if you need to put down the cash needed for a CPU upgrade. Especially since the lack of competition from AMD has made high-end CPUs so darn expensive. The latest AMD products are poised to shake that up like in the old days.

In fact, it may be better to hold off for now and wait until we see the way competition shakes prices around. Right now the best advice is not to upgrade your CPU, because a few months from now Intel may have shaved hundreds of dollars from their top chips.

Instead, you should prepare to budget a new PC build and while you’re at it, thinking about a new computer, maybe learn how to install a prebuilt water cooler or choose to buy a new liquid CPU cooler