The Time is Finally Right to Buy an SSD: Here’s Why You Should 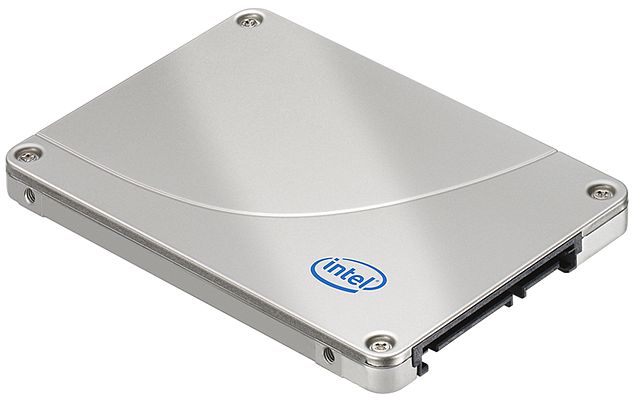 The Time is Finally Right to Buy an SSD: Here’s Why You Should

It’s been a long time coming. But it’s finally a good idea to buy an SSD for your computer, no matter who you are. This effective upgrade to any PC finally has no real reason not to have a place in your computer.

Don’t believe me? Let me explain.

We’ve Got Our Head in the Cloud

SSDs tend to be smaller in capacity on a per-dollar basis, which means most people buy an SSD smaller than they normally would. That would seem like a deal-breaker, but since broadband and cloud storage is now so cheap, many of us don’t store that much data locally anymore.

Add to this services like Netflix and Apple Music and there’s no reason to store media on your local machine either. Now a 128GB or 256GB drive doesn’t seem that small after all.

When solid state drives first came to market the asking price for even the tiniest drive would make a millionaire choke on their liver pate.

Today you can pick up a 500GB Samsung 850 EVO for about $170. Yes, it’s still about triple what a decent 500GB mechanical drive costs, but in real terms, it’s not a lot of money. Also, mechanical drives have basically reached their price floor.

You don’t need to have a system that only runs an SSD either. It’s now pretty common to have a 128GB or 256GB SSD for Windows and key applications, while still running a mechanical drive for cheap media storage.

Pretty soon SSDs will be so cheap that mechanical drives will fall out of favor completely.

In general, SSDs are far more reliable than mechanical hard drives. In theory, an SSD should handily outlast the lifespan of the other components in the computer.

The problem isn’t so much wear and tear failure as it is the fact that SSDs slowly self-destruct every time you write to them. It comes down to the quality of the memory cells in consumer drives and the state of the technology itself.

Expensive enterprise drives use a memory type that can stand up to an insane number of writes, but since most consumers spend more time reading from the disk than writing to it, they use cheaper, less robust memory cells.

Here’s a pretty good explanation of the difference:

The problem is that not too long ago consumer SSDs had such bad write-tolerance that you could actually trash them through normal use. A lot of this was because operating systems didn’t natively support SSDs and that accelerated the wear.

These days all OSes natively support SSDs and the drives themselves have all sorts of tech to slow down the degradation.

For example, my 500GB Samsung EVO drive is rated for 75TB of writes and after a year of ownership, it has about 7 TB of writes logged. I’m a much heavier user than average and it would still take me more than 10 years at this rate to hit the official limit. Even then, modern SSDs can keep trucking long beyond their rated write limit. In a major torture-test experiment, Techreport did their best to kill a group of common SSDs. To everyone’s surprise, many of these drives only died around the petabyte mark, far more than the official limit.

Wear only began showing around the 200TB mark. So if you buy an SSD today you can expect it to last until you decide to throw it away.

Buy an SSD, Feel the Need for Speed

SSDs are now so fast it’s almost hard to believe. Most consumer drives, even the cheaper ones, will instantly max out the bandwidth on your SATA controller.

The pace with which SSDs have improved has made it necessary to find other ways to connect them to our motherboards because their potential is being wasted on an interface made with mechanical drives in mind.

Now we have M.2, SATA Express and even PCIe cards that slot into the high-bandwidth slots on your motherboard, right next to the GPU.

For most people, the speeds of full-tilt SATA is more than enough to keep mid-range CPUs busy. So one reason to buy an SSD now is to optimize the potential of your system.

One Upgrade to Rule Them All

To buy an SSD is probably the most versatile computer upgrade anyone can make today. Whether you’re a creative pro or just someone who browses the internet and writes the odd letter, an SSD can help.

SSDs can breathe life into old systems and make everything just feel snappier.

Laptops in particular benefit a lot from SSDs. It improves battery life and makes everything faster and more robust too.

One of the biggest reasons has to be how easy it is to upgrade to an SSD. When you buy an SSD software such as Macrium Reflect make it child’s play to smoothly transition. In fact, I’ve written an easy guide describing the process here.

You’ll see that it’s nothing to be afraid of at all.

It’s the Right Thing to Do

The bottom line is that if you buy an SSD today you are not an early-adopter anymore. This is now truly a mainstream technology with many more pros than cons.

That doesn’t mean you can just go out there and buy any drive you like. There are still plenty of products that are not worth your money. It just means that the question of whether you should upgrade to an SSD at all is a definitive “yes!”.

SSDs have an exciting future too, as they now benefit from the same improvement rate as other solid state electronics such as CPUs and RAM. Not too far into the future they’ll be truly huge and even quicker. Your next upgrade should definitely include a modern SSD drive. Especially if you plan on building a sleek and compact M-ITX system.