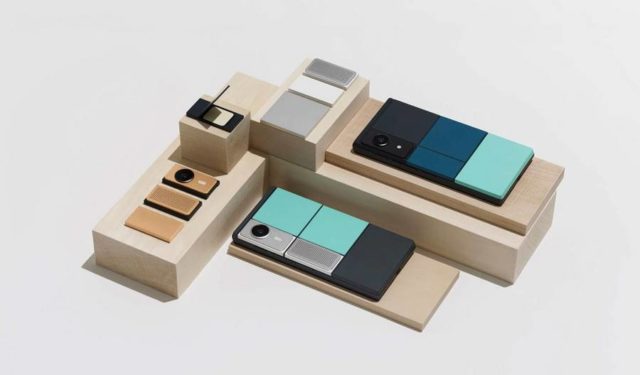 In the world of technology, it’s normal to have hits and misses. Sometimes you invent a product that takes over the world and sometimes you create a complete flop. The truth is, modular smartphones failed completely.

This basically turns the smartphone into something closer to a desktop PC. Where we can upgrade parts of the computer instead of having to replace the whole thing.

There are many reasons why you might want a modular smartphone.

Despite these apparent advantages, if really looks like modular smartphones failed before they even had a chance. The question is: why?

The most famous modular smartphone project is probably Google’s Project ARA. The Ara prototype is a technical marvel. There’s a central “spine” which is used to connect all the modules together. Swapping them out is child’s play.

It all looked like a viable product, but ultimately Google canceled Ara in 2016. Basically, they admitted that their modular smartphones failed and they’d have to go back to the drawing board.

While Ara phones were never a commercial product, we did get a sort-of modular phone to actually buy.

LG Electronics tried their hand at swappable modules for their G5 flagship phone. You could slide out a single module and replace it with another that would upgrade a feature like the camera.

The G5 was a big gamble and it seems it sold poorly. People just didn’t bother to buy the modules.

Let Me Count the Ways

So, for now, it seems like no one is going to be pushing another modular phone anytime soon. I have a few ideas about why things went so wrong and perhaps any future attempts would have a better chance if they took these into account.

1. They Cost Too Much

One of the reasons smartphones are relatively affordable is the fact that they can be produced with little wastage. They are created as a single appliance that will last a few years and then (hopefully) is recycled.

A modular architecture requires a much wasteful design to allow for the interconnectedness of parts. Modularity is by its nature less efficient than a purpose-built unit.

This is sort of related to the above point, but smartphones are the product of a long and detailed professional design process. While Ara tried it’s best to make it all look OK, even the best examples looked inelegant and clunky.

Computers can get away with it because ultimately you have one big external case, but modular smartphones failed to provide a similar solution.

The LG G5 did give us this, but that limited the modularity severely. Defeating the point entirely.

Most people think of their smartphones as disposable. You buy it and then use it either until it stops working or a better one comes along. A modular smartphone makes sense in a world where people want to extend the life of their devices as much as possible.

In the PC world, you may hang onto your core components for two or three generations. There are still people happily using Sandy Bridge CPUs because they were already more powerful than most users actually needed.

To the average smartphone customer, none of that matters when you’re on a contract and your handset is a running monthly cost. Which leads to my next point.

If you’re reading this blog, chances are you’re more into technology than the average person who buys a smartphone. Tech nerds and geeks love to obsess about screen PPI and GPU benchmark scores, but what most people care about have little to do with that.

The phone has to be pretty, the screen must appeal to the eye and the apps users want to use need to run on it. Sometimes they don’t even need to run well.

Modular phones only matter to people who really, really care that their camera has slightly better specs. Most Instagrammers couldn’t tell the difference. Especially after slapping a bunch of lo-fi filters on everything.

5.They’re Too Fragile for Real Life

Back in the day, I had an iPaq PDA. It’s screen shattered at the slightest pressure in my pocket. Before that my Palm III’s screen was total after a 1-foot drop onto carpet.

Modern smartphones are little miracles of durability, designed to take the beatings of daily life. I’ve corner-dropped an LG G3 onto concrete from head height. I’ve done the same to an iPad 3. Both still work and are no worse for wear.

Modular design adds multiple failure points and I would not be surprised if something like Ara would spray modules to the four corners of the Earth if you dropped it. I think one it’s fair to think that modular smartphones failed in part because they just aren’t up to user standards.

I like the idea of Ara and the G5, but as a heavy smartphone user and geek, the practicality of these devices bothered me from the start.

It seems that consumer electronics as a whole are shifting away from modular systems. Desktop PC sales have been tanking for years in favor of non-upgradable laptops and tablets.

After all, putting together a PC is quite involved and most people don’t have the time.

That’s not to say that this will be true forever more. One day the market may shift in a way that we can’t predict. The time may just not be right. So while I can confidently say that modular smartphones failed today, the future is always uncertain.

Lead image is Property of Google (Fair Use)

Kees Friesland
Read More
Scroll for more
Tap
High-end Smartphones are Dying: Here’s Why
What we know about the Apple iPhone 8