What we know about the Apple iPhone 8 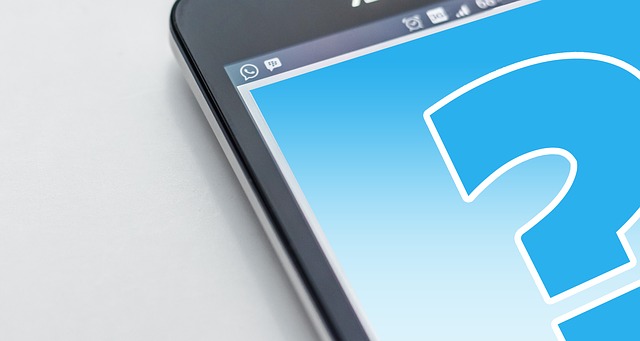 What we know about the Apple iPhone 8

Oh dear, it’s that time again where the world starts to rumble a bit at the prospect of the newest iPhone. Yes, the Apple iPhone 8 is starting to make its presence felt in the world of the trendy and fashion-conscious cool people. But what exactly do we know about this new handset from the company that made the smartphone a must-have?

There are a lot of rumors on the net about which features the Apple iPhone 8 will have, but as always you need to remember that these are just rumors. It may turn out that some or all of them are false. I still recall with agony all the back and forth we had about dropping the headphone socket on the last iPhone.

Nonetheless, many of the rumors seem so reasonable that it would be surprising if they turned out to be wrong. Nonetheless, let’s look at what those in the know think we’ll be getting from our hip overlords.

No Home to Call Your Own

One of the prime rumor is that the ubiquitous physical home button is going away. This is not a particularly radical one and I think it’s even likely. The last generation of Apple devices already used a solid-state capacitive button. Something which other smartphones have had for a while on the Android side of the fence.

The way it sounds now however, there will be no button at all. Just one seamless glass face to the phone.

As you might expect from the component that gets the most use, the screen is a big deal with the new iPhone. The Apple iPhone 8 may be a big departure from previous units in that there may be no bezel at all.

Apple has some pretty advanced tech to screen out unwanted touches, so I have no doubt that they could make an edgeless design work. It also has the advantage of giving you a larger display size for a given phone size.

In effect, you could get the same viewable screen area as a 5.5″ iPhone but have a phone only as big as one of the smaller models. Given how popular the iPhone SE form factor has been, that may not be a bad idea at all. Another big departure is the move to OLED or “organic” LED technology. Companies like Samsung have been using OLED technology in their phones for years, but Apple has always stuck with LCD panels.

Rumor as it that Samsung will be selling those screen to Apple in huge numbers. However, it seems not every Apple iPhone 8 will come with an OLED screen, with lower end models still using LCD panels.

If this is true it has interesting implications, because the apparent idea behind using an OLED is thanks to its thinness and flexibility. The OLED model may, in fact, be curved and have edge-to-edge glass.

Just as with the iPhone 6 and 7, it’s likely we’ll see different screen size options. It may be that we have three choices this time around. The premium OLED model will probably be a 5.8-inch model. The two LCD versions could be 4.7 and 5.5 inches respectively.

It may also be that Apple simply sticks to having two sizes and maybe all iPhone 8s will have curved OLED screens. It’s not a wild expectation.

It makes sense for Apple fans to be clamoring for this hi-tech feature. Until now, they’ve resisted the urge to do it. Look, Apple isn’t actually an innovate or leading-edge company. They tend to wait until a new technology is ready for primetime or they have a good reason to think it will fit their design philosophy.

So when wireless charging does eventually make it into an iPhone you’ll know it’s mature at least.

Chips on the Table The guts of the new Apple iPhone 8 are also of interest. This generation of the system-on-a-chip solution is probably going to receive a die-shrink. Rumor has it that we’ll get a 10-nanometer SoC called the A11.

Apart from that, we can’t know much. It’s probably going to be their fastest chip to date. At least when it comes to iPhones. It remains to be seen if it will beat the A9X in the iPad Pros.

We don’t know anything about memory capacity or RAM yet, but It’s possible we’ll see some of the lower capacities, such as 32GB, dumped as the price of solid-state memory keeps falling.

Rumor has it that these decisions to go with an all-glass body and edge-to-edge glass screen may be in part to help the Apple iPhone 8 be more water resistant.

As high-end phones have started to normalize their features, things like being water resistant are worth more to clients with little to choose from.

We can expect some major interface design changes given that the screen may be edge-to-edge and the home button is going away. Apple will have to come up with a new way to let us do the things we used to do. It remains to be seen how that will work.

A Pinch of Salt

Tech rumors, especially where it concerns Apple, can be really dicey. The Apple iPhone 8 is no different in that regard. It may turn out that none of the rumors are true, so take each one with a pinch of salt. It’s also likely Apple will do something we haven’t even thought of.

It won’t be long until we know more about the iPhone for sure.  While you wait for the Apple iPhone 8, why not learn how to stream your PC games to your iPhone? You can also turn it into a cheap VR headset after you get your shiny new phone.

Lead Image and Galaxy Image is Public Domain via Pixabay