How to Budget A PC Build 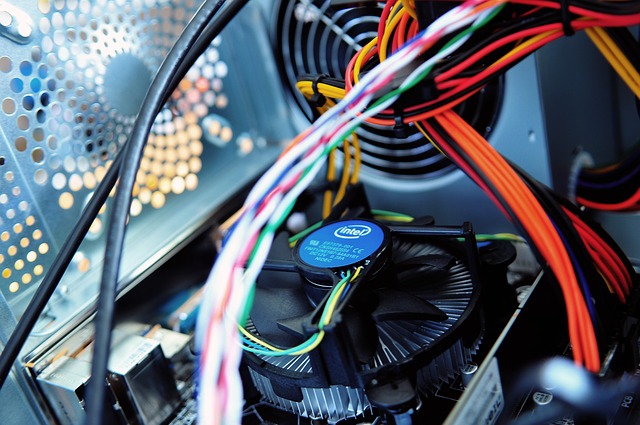 How to Budget A PC Build

One of the most common questions I get from people new to building PCs is “how much does a PC cost?”. It’s an impossible question to answer since there are millions of hardware combos. That being said, to budget a PC build is an art that anyone can learn.

All you need to do is have the right approach and attitude. In this article, I’m going to walk you through my own process to budget a custom PC build. This is not the only way to do it, but it’s worked for me for over 20 years. You can adapt it to suit your own needs.

The very first thing you need to decide is how much money you have to spend on your build. If you don’t know what your total budget is, it’s impossible to allocate it to the various parts you’ll need. Obviously, some budgets are so low that you won’t be able to afford a whole computer, but when you budget a PC that will become clear quickly.

Once you’ve figured out how much cash you have to spare, you have to put together the shopping list. Every computer consists of the same basic set of parts:

You may also need the following peripherals when you budget a PC build:

If you’re building a completely new computer, then you’ll probably have to buy everything on the list. If this is an upgrade or you have some parts lying around the next thing to do is cross any parts that don’t need to be replaced off the list.

The most likely culprits are peripherals like monitors or mice. Core components such as the case, motherboard or RAM can also be transferred forward. Obviously, you have to make sure that your existing parts are compatible with any new ones. Even if they are compatible, they also shouldn’t hurt performance.

What is it Good For?

Once you have the list of components that you have to buy, it’s time to start deciding how you’ll allocate your budget to those parts. You can’t just evenly split the money among the parts because they all do different jobs in the system. You would just end up with a machine that’s equally bad at everything.

This means you have to build a use case for your computer and then decide which parts deserve a fatter piece of the pie.

Building a Case to Budget a PC Build

When you budget a PC build you have to think carefully about everything the computer has to do. Obviously, if your computer is only going to be used for web-browsing and the odd bit of office work you can use any old thing. However, in that case, you may care more about having a good screen, mouse, and keyboard. Since they will make the most difference to the experience.

If you are a gamer the most important component is the GPU. Video games tend to be very GPU-centric so it’s typical for 30-50 percent of the budget being allocated to the GPU in a gaming build. You can use the minimum and recommended requirements for the video games that you want to play as a guide to what you need.

If you are doing creative work in photoshop or video editing, the onboard GPU may be good enough, so spending more on the CPU, RAM and SSD makes sense.

Obviously, you can build a machine that will handle everything, but the idea here is to build the best machine for your needs with the money you have. Once you have a rough idea of how much you want to spend on each component, you can start looking for the best deal within that price range on websites or at local computer stores.

Be sure to use a tool such as PC Part Picker or PC Hound, whichever you find easiest. It also helps to confirm compatibility between the parts you already have and new parts. For example, your GPU card may be too tall for the case you want.

Those tools can also help you get the best deals on parts and easily keep track of what you need to buy.

There’s one important thing that people tend to forget when they put together computer builds: the operating system.

If you are upgrading an old machine you need to make sure that the operating system you have allows transfer to a new machine. Often when you do a major upgrade and change the motherboard it may remove your Windows activation for example.

Some OEM copies of Windows flat out cannot be used on other machines. So you may have to spring for a new copy of Windows as part of your budget.

Alternatively, you can opt for a free OS such as Linux, as long as it will run all the software you need. Make sure that any hardware you buy is supported.

Budgeting a PC build can be pretty daunting, especially if you’re doing it for the first time, but you shouldn’t knuckle through it and just carefully think through each step of the process.

You can of course always buy a pre-built computer instead. You end up paying for the labor that goes into building the PC on your behalf, but at least modern computer stores let you customize the parts extensively. All the same rules of budgeting I outline here still apply, even if you don’t build the PC yourself.

You may be tempted to buy a gaming laptop. I don’t recommend it myself.. Likewise, going for the most expensive GPUs can also be a bad idea. Apart from that, the world is your oyster!

All Images Public Domain Via Pixabay