How to use a Console Controller On a PC 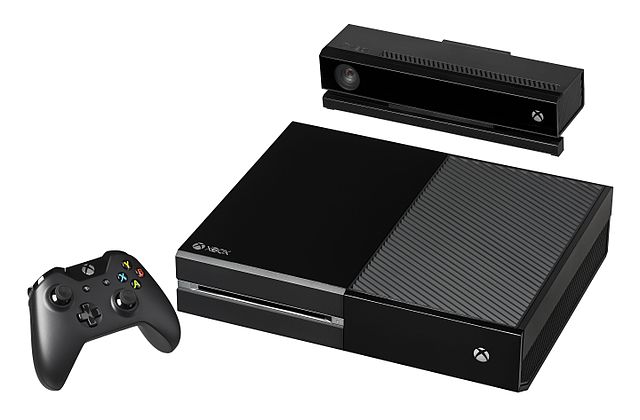 How to use a Console Controller On a PC

There’s little argument against the mouse and keyboard as the best way to play classic PC genres like first-person shooters and real-time strategy games. But the mainstream gaming world is dominated by gaming console titles that aren’t designed for a keyboard and mouse. Using a console controller on a PC solves this problem neatly.

Unlike an actual console, it’s not as simple as plugging in whatever controller you have handy and just pressing start. Unfortunately, it can take a little legwork to make your controller work on a PC. In this article, I’ll go over some of the controller options available out there and how you can set them up to work with your PC.

I’m not going to cover controllers for retro-gaming such as the Nintendo 64 controller. Only modern video game controllers.

We’ll be going over the following options:

Before the Xbox 360 and Playstation 3 era, PC gamers already had gamepads of their own. In fact, joysticks and gamepads have been around for a long time. The first ever gamepad for the IBM PC and its clones was the Gravis PC Gamepad released back in 1991. For the most part, PC gamepads worked pretty great, but they didn’t have a standard so games didn’t necessarily support them natively.

With the coming of DirectX and it’s component DirectInput, things became a little more reliable. Gamepad makers also started copying the Playstation Dualshock design, which is more or less the template for the buttons on a “standard” controller these days.

You can still use PC gamepads just fine with older games that support DirectInput, but most modern PC games have moved on to Xinput, which is what the Xbox controllers use.

To make it as simple as possible, games that support Xinput work natively with the Xbox 360 controller. They will usually show button prompts that match the controller. If a game only supports Xinput, as many do, your DirectInput controller just won’t work with that game.

That is unless you use something like x360ce which makes the computer think your old gamepad is actually an Xbox 360 controller.

You can also buy gamepads that have a switch to toggle between the two types of input, but unless you want to play older games, Xinput should be all you need.

The easiest to use console controller on a PC has to be the Xbox 360 controller. It comes in a wired and wireless variety and the method to get both working is a little different. If you have a wired Xbox 360 controller and are running a modern version of Windows (Seven and up) then all you have to do is plug it into a free USB port and you’re done.

It’s not that surprising I guess, given that Windows is built to work with this controller. Getting a PS3 controller to work has been quite a pain in the past, but now there’s software available that makes it pretty easy to get up and running.

You can run it wired or wireless via Bluetooth, but in either case you need to install the right software so that Windows will talk to the device.

Here’s what you need to do:

After this you should simply be able to plug in the Dualshock 3 and it will just work.

PS4 and Xbox One controllers

The latest console controllers are also the most comfortable and feature-rich. Thankfully, they also enjoy the best support in Windows as well.

Arguably one of the best controllers today, the Dualshock 4 that come with the PS4 needed the same sort of mild hacking to work on PC as the PS3 version. That’s all changed now with official support from Sony for Windows 10.

All you need to do is buy the official receiver and you are good to go.

If you don’t feel like paying out more, then there’s always DS4Windows.

Both are pretty straightforward. Just plug in and install. You should be good to go. As with the X360 controller, using an Xbox One controller with Windows is easy. It has everything built in.

Unlike the X360 controller, there’s no wired version so you’ll have to connect wirelessly.

Here I have some good news and some bad news.

The good news is that you don’t need to buy a receiver if you only want to connect a single controller. You can use your PC’s existing Bluetooth.

The bad news is that only some Xbone controllers support Bluetooth. Microsoft has a little guide to help you tell if yours has the feature.

Enjoy Using a Console Controller on a PC!

That should give you enough info to let you use a console controller on a PC. There are so many games ported from the big consoles that simply have to be played with a console gamepad to really enjoy them. In fact, if you have a decent PC I’d say this is the best way to enjoy those games. Even better than on the consoles themselves!

Now that you have your console controller on a PC, why not take some time to fine tune the graphics?

While using a console controller on a PC is a blast, maybe you’re looking for some old-school keyboard action instead?

Gravis Gamepad By Tosiabunio (Own work) [CC BY 3.0 (http://creativecommons.org/licenses/by/3.0)], via Wikimedia Commons