How to Play Your Console on a Monitor 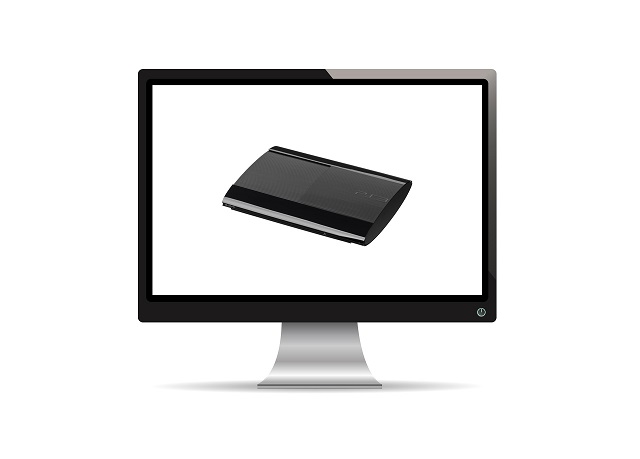 How to Play Your Console on a Monitor

Gaming consoles are living room beasts. You’re supposed to stick them under your big screen TV, crash into your recliner and stuff your face with junk food while you yell at teenagers over a mic. Still, if you wanted to you could also just play your console on a monitor.

But Why Play a Console on a Monitor?

That’s a great question. Why would you want to do something like that? Here are some reasons this is a course of action you’d want to consider:

I’m sure there are more reasons and I’m not going to judge them, whatever they are. I’m just going to go over some ways you can achieve this weird desire successfully.

The first thing we have to figure out is what sort of video output the console you want to use has. Depending on whether you are using a modern console or a retro model, this job can be easy or hard. Over the years console video output standards have changed to keep up with new technology, so let’s look at the key differences that influence if you can play your console on a monitor. The Playstation 4 and 3 along with the Xbox One and 360 can all use the modern HDMI connector. This connection carries both video and audio, so it’s very convenient.

The good news is that most modern computer monitors take HDMI natively, so hooking them up to a console is pretty straightforward. At least, it can be, but we’ll get to that a little later. The PlayStation 2, original Xbox and older consoles either make use of RCA connectors or RF connectors.

Both of these connectors carry analog signals, something your monitor probably can’t accept. In the case of RCA it’s still possible to convert the signal, but if your console uses RF output it’s probably better to buy a small TV that has the required tuner built-in.

Monitors can also have multiple inputs which will dictate what sort of conversions you have to do to make it all work. Let’s che3ck out some common ones.

We’ve already talked about this. Nope, nothing’s changed in the mean time.

This blue wonder used to be pretty much universal. Digital connections have now started to replace it and new monitors might not have a VGA connector at all.

Still, some older or cheaper monitors may only have a VGA connector. DVI acted as a digital replacement for VGA for quite some time. These days it’s also on its way out, but you’ll still find it on a lot of new monitors.

Confusingly, not all DVI connectors are compatible with each other, here’s an explanation in case you need to know.

DisplayPort is a relatively new kid on the block and is basically only found on PC graphics cards and monitors. For a while, this was the only way to get Ultra HD image resolution. The latest version of HDMI can do the same thing now, so really this isn’t relevant to what we want to do.

Obviously, if we want to see the console’s video output on the monitor we need to match the output connection to the input connection. Let’s start with the easiest one: HDMI to HDMI

Here are your instructions:

Plug the cable into the console and monitor. You are not playing a console on a monitor.

Yeah, this is the main problem with computer monitors. They rarely have built-in speakers.

So how to we solve this problem? Even though a monitor may not have speakers, it may have a stereo sound output. This is a nice solution because it means that anything you connect to the monitor can use the same speakers without having to plug things in repeatedly.

What if your monitor has no sound output at all?

Some consoles, such as the PS3, also outputs an analog signal to RCA or a digital signal to an optical output. You can buy a cheap RCA-to-stereo converter or connect up speakers that accept optical audio.

A much neater solution is to use an HDMI audio extractor. They cost a few bucks, but with an extractor you can connect almost any amp or speakers and have your sound back.

You probably guessed it already, you’ll need an RCA-to-HDMI converter. These can be a bit expensive since they also include digital upscaling hardware that makes the SD signal from the RCA connector look a bit better.

Also, you can get component RCA-to-HDMI converters as well, but if your console supports HD over component, it probably also supports HDMI.

The audio problem here is not a problem at all. Use an RCA-to-stereo converter on the red and white RCA outputs to connect them to desktop speakers.

HDMI to Anything Else

HDMI converters to DVI, DisplayPort and just about everything else are readily available. Just be mindful of the audio situation. DVI does not carry audio, but some converters will also extract the audio to a stereo jack.

Alternatively, you may have to go:

It’s just a good idea to daisy chain as few things as possible since excessive chains can cause display lag.

There’s one more thing I’d like to mention: HDMI switches

If you want, you can share the same monitor between your console and PC. As long as both are using HDMI as a final output, you can use an HDMI switch to increase the number of available ports.

Most PC monitors have only one HDMI port, unlike a TV. So these cheap gadgets are very useful.

Better on the Small Screen

Now you should manage to play your console on a monitor without much trouble. Personally, I enjoy the quality and intimacy of my favorite games at my desk. Let them fight over the TV, I’ll just be over here having fun.

All Images Are Public Domain

Neal Bricker
Read More
Scroll for more
Tap
How to use a Console Controller On a PC
Are You Ready? Understanding PC VR Requirements