How To Set Up PC Game Graphics 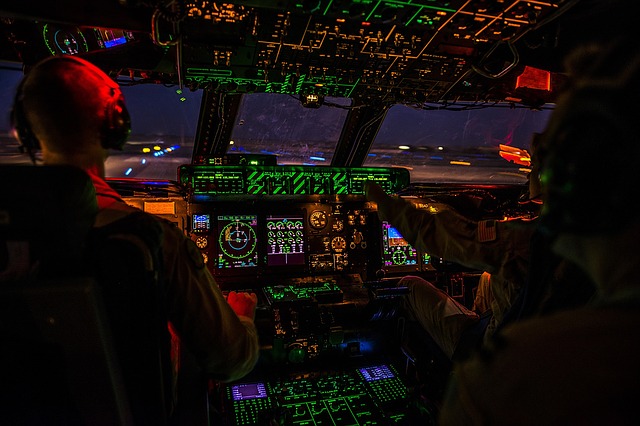 How To Set Up PC Game Graphics

When you first have to set up PC game graphics it can be quite daunting. There are so many knobs and buttons to tweak, all with seemingly arcane names. It’s enough to send you crying back to your Playstation or Xbox.

The strength of consoles has always been that anyone could get their game on with one. You pop the disc or cartridge in and viola, you’re having fun. At most, you may have to adjust the brightness and contrast settings.

Modern PC gaming has gotten quite a bit better when it comes to how much under the hood tweaking is needed to get things running properly. If you buy a new AAA title today it can usually pick optimal settings itself and most people will be fine with the experience out of the box.

Older games still need our help to tune them up and new games can get their default settings wrong for various reasons. That’s why I’m going to run you through the basics on how to set up PC game graphics.

There are thousands and thousands of PC games out there, but here I’m going to use the insanely popular Grand Theft Auto V as an example. Why? There are a couple of reasons:

Before we get to GTA V itself,  let’s talk about what we want to achieve when we set up PC game graphics.

Eye on the Prize

Each PC is different in terms of how much horsepower it has to run a given game, but regardless of how powerful your computer is we’re working towards the same general goal.

We want the game to look as good as possible while still being playable. In other words, our desire for eye candy shouldn’t hurt the game’s performance to the point where you can’t play it comfortably.

To this end, there are two concepts that I want to highlight as the most important factors in the quality vs performance battle. These concepts are resolution and frames per second.

You’ve probably heard the word “pixel” before, so I’ll be quick. The picture on your screen consists of many tiny squares called pixels. The word is short for “picture element”.

Any image drawn by a computer consists of a grid of pixels. The total number of pixels on a screen is referred to as the screen’s resolution.

The more pixels a 3D image has, the more processing power it takes to render it.

While you can improve a game’s performance by lowering its resolution, I wouldn’t recommend it. LCD screens have a native resolution and anything lower than that will look terrible. This means you’re stuck with whatever resolution your screen has.

The higher the resolution of a screen, the more powerful the graphics hardware must be to drive games on it. So think carefully before buying a screen that’s very high resolution if you’re a gamer.

What we see as motion on screen is actually a rapid sequence of still images that each differ just a little bit. In a computer game, each one of these still images is entirely computer generated, which takes processing power.

The more detailed and complex the scene is, the more power it takes. More importantly, if you up the scene quality, it takes longer to generate each still frame.

A cinematic film runs at roughly 24 frames per second and looks just fine to most people.

When we try to play an interactive game at that frame rate, it feels sluggish and unresponsive.

Generally, anything below 30 fps makes for a noticeably sluggish and frustrating experience. The sweet spot seems to be about 60 fps, which us good because most screens can’t actually show more than this.

Aiming for an average frame rate as close to 60 fps as possible is our goal here.

For a great explanation of why FPS matters, check out this video by the always excellent Gaming Ethos channel.

How do we know what the frame rate is? FRAPS is one of the best universal tools to measure frame rate in PC games. These days many games have a built-in benchmark tool that renders a sequence of scenes meant to represent the game’s performance needs. They will also display the frame rate.

Game clients such a Steam may also have a built-in frame rate counter you can toggle on and off.

Get the Tools Out

So now I’m going to start up GTA V and go straight to the graphics menu. GTA splits this between standard and advanced graphics settings.

The first thing to do is set every last setting to its maximum. Just crank it all up as far as it will go. Unless you have a monstrous computer, this is going to be unplayable. There’s method to this madness. We want to start from the point of best image quality and then carefully turn it down until the game hovers around the 60 fps mark. That should give us the best balance between quality and performance when you set up PC game graphics.

GTA V has a hand built-in benchmarking tool. If it didn’t I would have played a section of the game itself using FRAPS, but since the benchmark tool is there I’m going to use it. I’m hitting 25fps on average with everything cranked to the max. Hey, that’s actually not too bad. Now let’s see if we can get that up to a stable 60fps.

This is the tricky part – what do I dial back when I set up PC game graphics?

It may be tedious, but the first time you encounter a graphics setting, you should Google it to find out what it does. That explanation should also indicate how much performance a given setting costs you.

Then you should decide how important that aspect of the graphics are to you and dial it back if you don’t really care.

Some setting, such as grass detail, look basically the same whether maxed or medium. Yet they can hit your framerate hard.

I know it’s a pain to have to Google stuff just to play a game, but you only have to do it once. In future, you’ll already know what a setting does and can adjust it accordingly.

To help you out, here are some things that you can dial back for significant FPS gains with little loss to eye candy.

Once I dial back some of these very heavy graphics features, I run the benchmark again. The game still looks pretty much the same while playing, but my framerate has more than doubled. After some experimentation and a few benchmark runs, I save the settings and can now just play and enjoy the game knowing I’m getting the best my PC has to offer.

That’s the quick and dirty of how to set up PC game graphics. Yes, it can be a little fiddly, but the end result is well worth the effort required. Just remember the following important points:

Now get out there and set up PC game graphics like a pro!