Fast charging for our portable devices is becoming a more important thing to use. Smartphones are evolving, they’re becoming a lot more powerful, and therefore they burn into their battery power even faster. To offset this problem, companies have made the batteries that go into their phones larger.

This can cause a problem though, as larger batteries need a longer time to recharge fully. That’s where the fast charging tech, such as Power Delivery and Quick Charge come in. Both of these charging technologies are among the most used with smartphones, and we’re going to be going over chargers that make use of both of them. 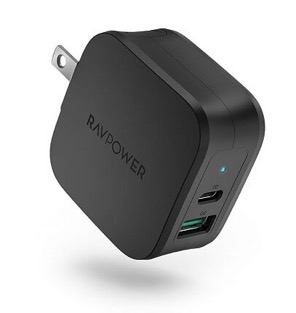 Even though this wall charger does have both fast charging technologies, the negative part is that it has a max output of 18W, too. So you can use the full power of a single port only once at a time.

However, the lack of power is made up with the form factor of the charger, as it has a retractable AC adapter that makes the charger into a cube. 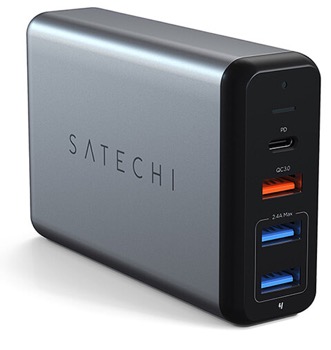 Then there are desktop chargers, which are practically wall chargers, but they have more charging ports, and they use a power cord, instead of a built-in AC adapter. Some might think that the use of a power cord can be cumbersome, but it allows you to place the charger closer to where you want to charge your devices.

This Satechi charger has a very powerful USB-C Power Delivery port with a 60Watt charging speed. You’re definitely able to fast charge an iPhone or Android smartphone with the Type-C port, but it doesn’t just stop there. No, you can actually charge USB-C laptops with this Satechi charger, too, as there’s so much PD charging to use.

The other three ports on this charger are a Quick Charge port and two 12W ports. 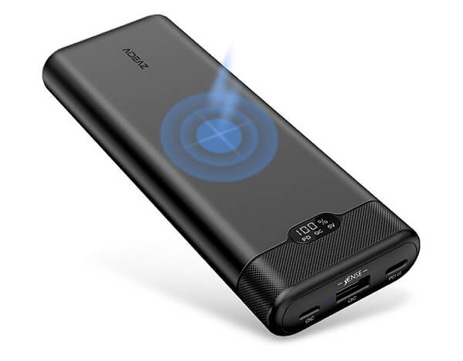 One charging product that basically everyone should own is a portable charger. It happens all the time, you know when you’re out and about and then you suddenly get the message that your phone is low on battery power. Panic sets in and then your phone is useless with a dead battery.

All that anxiety can practically be erased with the use of a portable charger, which can charge your smartphone while you’re on the move.

The power bank above isn’t some sort of fancy title that we gave, the AIDEAZ power bank is actually capable of those three things. So the charger does have a Power Delivery port with an 18W charging speed, a Quick Charge port, and yes, you can even place your Qi-compatible phone on top of the power bank and it’ll charge.

One other very cool part of this power bank is its use of an LCD display. The display shows how much power is remaining and what charging method is being used. 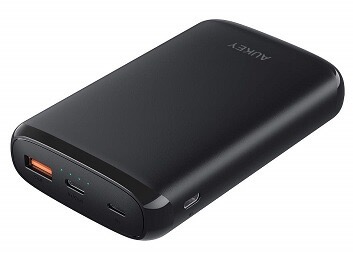 On the lower capacity side, this is Aukey’s Power Delivery portable charger with Quick Charge. The charger has a 10,000mAh power capacity that can be used to charge most smartphones to full power about two times.

What’s most notable about this power bank is recharging it. That’s because it has three input ports that can be used to recharge it. There’s a Micro-USB input, a USB-C input (which is also the USB-C Power Delivery output), and there’s also a Lightning input port, too. Not many portable chargers make use of a Lightning input port, but it’s a huge plus for iPhone users as they can make use of it a lot more easily.

A charger like this Aukey one is one of the best portable chargers to get, as you have so many options to recharge it. 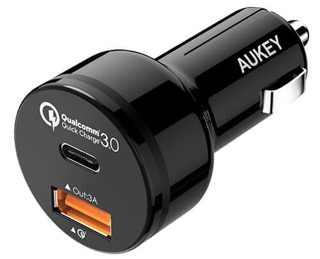 One other charging product that many people should consider using more often are car chargers. The reason that car chargers are so helpful is that you’re not using your phone and the screen is off. When that’s happening, your phone is able to charge at its fast charging rate.

This Aukey charger has a Type-C Power Delivery port, and a Quick Charge USB-A port. The most notable part of the charger though, is that it has a flush fit form factor. Therefore the entirety of the charger is able to fit into a 12Volt outlet and not get in the way and it’s super low-profile. 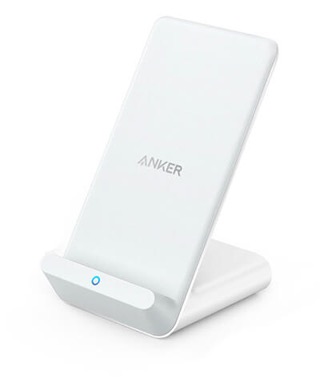 The same is true for iPhones.

The Anker Powerwave Wireless Charging stand above is able to fast charge Samsung smartphones at a 10W charging speed and iPhones at a 7.5W speed. Along with that, you get the stand form factor that makes it easier to use your smartphone while it charges on it. You can also place your phone horizontally as the charger has two coils, one at the top and one at the bottom.

Neal Bricker
Read More
Scroll for more
Tap
Why Java Skills Can Be Beneficial Even If You’re Not a Computer Programmer
What Is The .Net Framework and How To Pick The Best .NET Developers?