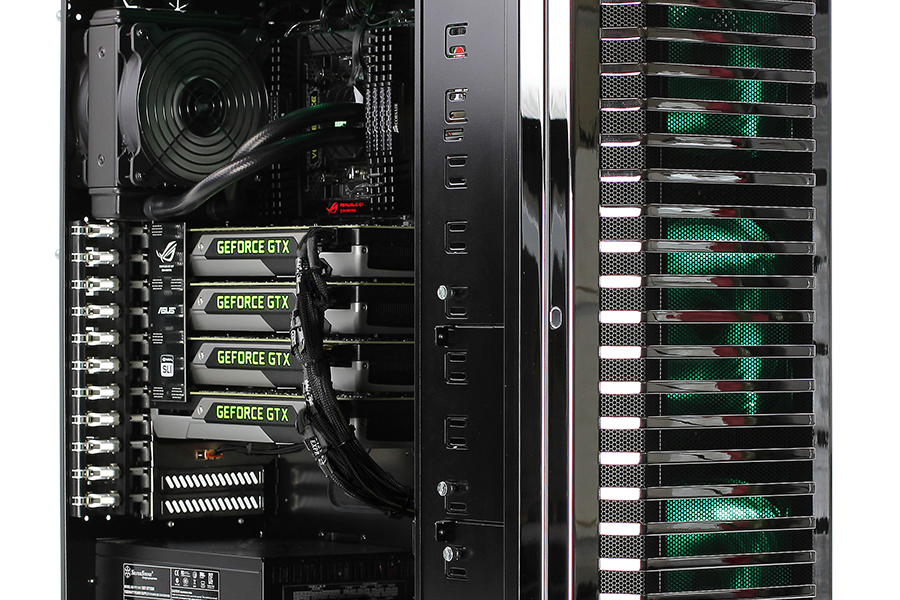 There are few things more exciting to a tech geek than the prospect of buying a high-end graphics card. They’re flashy, powerful and expensive.

I’m going to highlight some of the reasons why you should think twice before putting your hard-earned cash down for a top-tier high-end graphics card.

I’m not going to stop you, it’s your cash after all, but the rules have changed a bit in the last few months and consumers should be aware of it. In 2016 Nvidia launched the Pascal-powered 10-series and completely flipped the price-performance calculations for GPU buyers. The flagship 1080 model was such a huge generational leap that the entire way we have to think GPU price brackets has changed.

Mid-range 10-series cards were matching the previous generation’s $1000 flagship. If you’d bought a top tier card from the 9-series just before the 10-series release, I’d forgive you for feeling some serious buyer’s remorse and asking for a refund.

One of the effects of this is that for gamers who are all mostly playing on 1080p screens or less. In fact, according to Steam surveys over 90% of PC gamers are using 1080p monitors or lower.

The fact of the matter is that with the exception of a small number of titles, the 2016 generation fo mid-range cards are overkill for 1080p gaming. Which is probably the most intense thing the average person is going to use them for.

With the exception of specific GPGPU professional applications, most people will see no tangible performance benefit from games at common resolutions. Even at high-quality settings in the latest games. The further you move up the product range, the more you’re paying for every frame per second you get. It’s a big difference too. Look at this chart and note that the GTX 1060 has double the price/performance value of the GTX 1080.

The GTX 1080 is only about 70% faster (give or take) than the 1060. That’s a lot, but since the 1060 has more than enough grunt in absolute terms buying a 1080 just means having more performance than you really need for money you did not have to spend.

To underscore the point, despite not officially supporting SLI two 1060s outperform a single 1080. Two 1070s cost about as much as one 1080, depending on where you shop, and those actually support SLI.

One argument that I hear from time to time is that if you buy the fastest card you can now it will pay for itself thanks to how long it will stay competitive.

There have been a handful of cards with amazing staying power. The 8800GT comes to mind, which was a relevant gaming card for far longer than it had any right to be.

The problem is that generational improvements are so good that there’s a good chance next year’s mid-range card will knock on the door of the current flagship.

So why not just buying something at the mid-range or slightly above?

Also, it’s not just about performance. New graphics technologies and APIs are in constant development. In a few years, your flagship card might still creak by on horsepower but it won’t have the bells and whistles newer version of DirectX and Vulcan will bring.

In other words: horsepower alone is not enough and futureproofing is a fool’s errand.

There’s another technology that makes the siren song of high-end cards even stronger: 4K screens.

Unlike the TV and console space, 4K actually makes a noticeable difference on a PC. You’re sitting close enough to it for all those extra pixels to be visible.

4K is awesome for people who need it for productivity reasons, but driving 3D applications like games at native 4K resolutions is a daunting task. Unless you’re happy with unplayable framerates or no eye-candy.

2016 is the year where single-card 4K gaming became feasible. As long as you are happy closer to 30fps and don’t mind slightly older or less demanding titles. The other big development that has pushed specs in 2016 is the release of major virtual reality products like the Oculus Rift and HTC Vive. Adoption rates are tiny, but fears about an expensive GPU requirement were unfounded. The mid-range 1060 is certified for VR already and next year the bar will be even lower.

Playing the Right Crowd for a High-end Graphics Card

There are some people who should absolutely be looking at flagship cards and that’s professionals on a budget.

While these high-end graphics cards are poor value for money compared to mid-range ones if you’re a gamer, they’re actually a bargain in comparison to pro cards like the Nvidia Quadro range.

The cost of those cards is partly due to the high level of support from Nvidia and the driver certification with CAD/CAM and other rendering applications.

Flagship consumer cards now share much of the same silicon as workstation models. So if you want to do GPGPU rendering using technologies like CUDA on your projects then it’s time to get the credit card out.

A card like the Titan X or GTX 1080 is a lot like hypercars and supercars respectively. They represent the state of the art and the best humanity can do at this moment in time.

While a Ferrari looks amazing on a poster, owning one is not for everyone. It’s not just about stumping up the asking price, but about making use of the potential on offer. There’s something more than a little sad about a Ferrari that never gets to stretch its legs.

High-end graphics cards certainly have their place and if you know for a fact that your money is being well spent, who could argue? Chances are, however, that most people reading this are not in that category. Instead, save the difference between the mid- and high- range and spend it on the rest of the computer.