How to Use iOS Accessibility Features 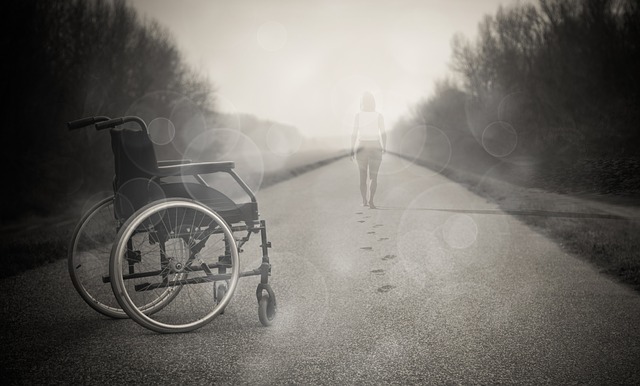 How to Use iOS Accessibility Features

The smartphone and tablet revolution has done a lot of good in the world. Apple’s devices, in particular, are some of the most user-friendly and intuitive machines to use. For users with disabilities, however, things can be much harder, so it’s a good thing there are so many iOS accessibility features.

Over the years each version of iOS has become better and better at helping people with various impairments get the most out of their devices and in this article my goal is to make you aware of the most useful ones. So if you or someone you know is struggling with a particular aspect of your iPhone or iPad, you’ll know how to make it all work.

Siri is Ready to Help

One of the best features of modern iOS devices has to be the AI assistant Siri. This handy system can understand your spoken commands and do most of the things you’d want to on a day to day basis.

In the beginning, the number of things Siri could do for you was pretty limited, but today you have almost full control of your device just by using voice. This is useful to people with a variety of disabilities. Specifically, people with motor problems or vision issues can easily access common features of their devices.

To use Siri, all you have to do is hold down the device’s home button for a second. She’ll pop right up and ask what you need. On new iOS devices, you can also configure Siri to active with a voice command, which is simply “Hey Siri!”

Your Own Personal Voiceover In addition to Siri, there are other iOS accessibility features that let your device talk to you. One useful example is Voiceover. Voiceover let you hear any text on the screen read out loud. So people with low vision or who have a reading disability can quickly figure out what’s on-screen.

You can also use Voiceover to read ebooks in the iBooks app to you, something I’ve used despite being able to see just fine. Before you can use Voiceover, you need to activate it.

Here’s how to active Voiceover:

When Voiceover is active, the usual gestures you use in iOS change a little. These iOS accessibility features may take some getting used too, but you’ll get the hang of them in no time.

If you do a single-tap whatever you tap on will be read out loud. If you do a double-tap you’ll select the item the way that a single-tap would in the past. Sure that slows things down, but if you are impaired in some way it’s a great feature.

To scroll you now have to get into the habit of using three fingers. Double tapping with three fingers will toggle speech on and off at the lock screen, which is useful. Two-finger double taps also have special meaning, since they’ll stop or start things like phone calls. Of course, you can play around with specific settings too, but those are the default behaviors.

The screens on modern iOS devices have an incredible level of detail with their retina pixel densities, but for a lot of people with visual difficulties, it can be hard to make out the fine, small text of web pages and app. Among iOS accessibility features, there’s a great tool called Zoom.

You’ll also find Zoom under Settings>General>Accessibility and you can just toggle it on there. Using it also involves learning some new gestures. Zoom will also work happily next to Voiceover and they complement each other well.

Be Tickled Pink by Display Accommodations Color Blindness is one of those things we don’t always think about as a serious disability, but for the many people that are afflicted with it, there are real difficulties. Color blindness is also not the only color-related problem you can have. So it’s good that iOS accessibility features also includes many ways to mess with the colors in iOS.

It’s called Display Accommodations and by using it you can flexibly change the way colors behave on your iOS device. There are three main options for you here.

Invert Colors will, well, invert all the colors. For a lot of people who need high contrast, this can work well as a fix. Color filters provide you with a range of filters that work for several kinds of color blindness. Reduce white point lowers the intensity of bright colors for someone who has a sensitivity to brightness or high contrast.

The last one of the iOS accessibility features I’ll talk about is a simple one. Larger text does exactly what is says on the tin. It makes the system font larger so that it’s easier to read.

This is perfect for someone who has vision problems that aren’t so bad that the hassle of using the Zoom function isn’t worth it. It may make things a little cramped and require more scrolling, but it’s a more elegant solution.

iOS Accessibility Features for All

There are more iOS accessibility features than I have space to list here. There’s Assistive Touch for people with motor problems and even the ability to connect to a hearing aid. Just explore the menus and you’ll find great examples of accessible features.

Did you find any of the iOS accessibility features amazing? It’s pretty great that so much effort has been put into helping everyone enjoy moderns smart devices. Check out our other smart device how-tos, such as how to use a tablet as a second screen or how to record your smartphone screen.

Neal Bricker
Read More
Scroll for more
Tap
How to Manage PC Airflow
How To Best Use Siri: A Short and Simple Guide