15 iPad Tips and Tricks You Probably Never Heard Of 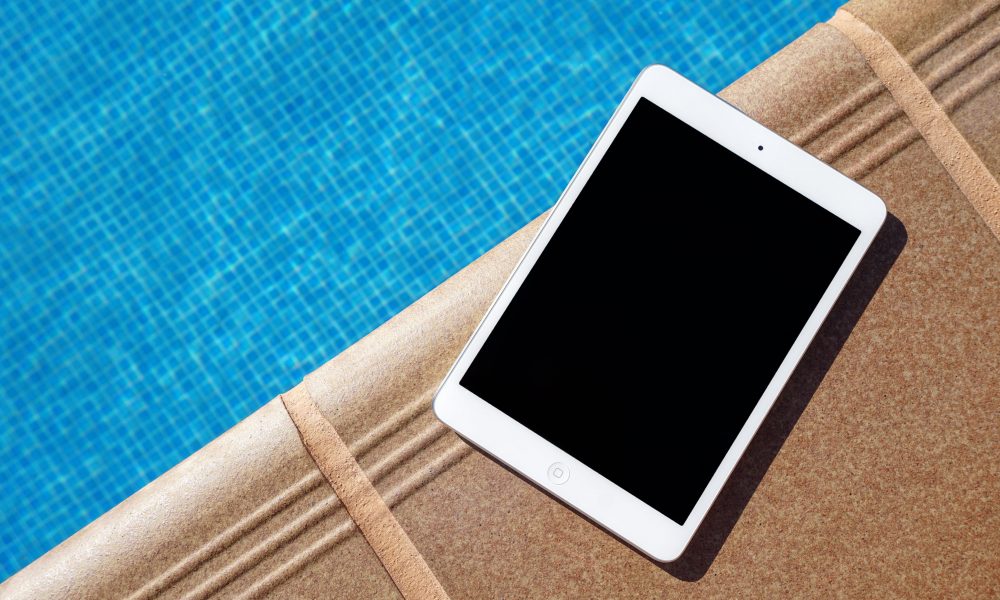 15 iPad Tips and Tricks You Probably Never Heard Of

Much has changed in the past seven years. With the App Store offering around 725000 iPad specific apps and with great advances in hardware and software, Today’s iPad is probably one of the most versatile and productive electronic devices on the market. Many people out there are using an iPad instead of a laptop because of this very same reason. Another reason is the number of shortcuts and tricks there are available on the iPad. Read on for 15 iPad tips and tricks you probably never heard of.

Why Would You Need Any Ipad Tips and Tricks?

Since it’s release back in 2010, the Apple iPad has been a huge hit in the world of consumer electronics. At the time it was considered to be more of a luxury item that you used to browse Facebook or read books while listening to podcasts. This tablet could not replace a laptop in terms of functionality or productivity. But we have come a long way in 7 years and the 2017 iPad is a powerhouse of a device in terms of productivity. I personally use my iPad with a Bluetooth keyboard to do all of my writing and daily planning. Below is a list of 15 of my favourite iPad tips and tricks that can help you to work faster while also enjoying the whole iPad experience.

You won’t be able to pinch your way out of apps to get to the home screen on your iPhone. Nor will you be able to seamlessly switch between apps with hand gestured swipes. However, this is possible on an iPad.

A double-tap to the Home Button will bring you to the iOS multitasking screen. In this mode, all your background apps will be displayed as cards which can be swiped away in order to close them. You can access this exact same feature by simply swiping up on your iPad’s screen (even on the home screen).

Swiping right or left with four fingers while using an app will allow you to switch between open apps. This is great when working with multiple apps while making use of the iPad’s entire screen. This gesture is also useful when you wish to avoid using the smaller split screen mode or when you try to use 3 apps or more simultaneously. Follow these gesture control iPad tips and tricks if you want to save yourself from continuously tapping away at that Home Button!

The keyboard button at the bottom right corner of the keyboard is used to remove the keyboard. This button has another great feature. If you tap and hold this button, a dialogue box will appear giving you the options to ‘Undock or Split’ your keyboard.

Splitting your keyboard is a good idea if you plan to hold up an iPad with both hands and type with your thumbs. This takes some time getting used to, but it certainly beats typing with one finger. Ever struggled to get the on-screen cursor into the exact right spot when trying to edit a document? It’s especially worse if you are trying to edit a text-heavy document. You could tap away in the hopes of getting the cursor to appear in the right place or tap and hold until a small magnifier appears and then move your finger around to the correct spot.

A much quicker and easier method will be to tap the keyboard with two fingers until the entire keyboard disappears. When this happens, move your two fingers around and you will notice that you now have control of the onscreen text cursor. It’s a similar type of control that you will have with a mouse. Very precise and time-saving indeed.

You can access a menu in your iPad’s Music settings which give you the option to change the EQ of the music that you listen to. Simply open up the Settings app then go to Music, then EQ (Settings>Music>EQ). You can now choose from a list of EQ presets.

Some of these preset drastically change the sound of the music on your iPad (even when using some 3rd party apps). I have always preferred the ‘Rock preset’ which increases the low and high end of the EQ, giving you more bass and clarity in the sound. There is no quote button on the initial iPad keyboard. You will need to tap the ‘123’ numbers button in order to access the numbers and extra characters keyboard which has the quote button.

You can, however, make use of a shortcut by tapping and holding the full stop button. This will give you a quote! Also, if you tap and hold comma, you will now have an apostrophe as well. These are great iPad tips and tricks for those who love messaging and tweeting famous quotes.

When in landscape mode (within an app), swipe your iPad from right to left. This will open up a small ‘slide over’ window which can be used to work on an app (only comparable apps will work in this mode). The app will be fully functional in this window and will be in portrait mode.

However, the rest of the screen and the original app will be deactivated (paused) until you swipe the ‘slide over’ app back out to the right. This is great if you wish to quickly browse the web or send a message without interrupting the current app that you are using. You can multitask on your iPad by simultaneously using two apps side by side in a split screen mode. To access this mode, swipe left from the right side of your iPad to access the slide over window. Once you have chosen an app in the slide over window, tap and hold the left side of that window and drag that side of the window to the middle. You can now enjoy the productive benefits of split screen multitasking.

These slide over and split view multitasking iPad tips and tricks will ensure you stay productive on your iPad. Up until recently, it was not possible to multitask on an iPad. It still isnt on older models. But newer models like the iPad Air 2 and the iPad Pro have this feature built in.

In order to access the settings of the app that you are currently using, you will need to leave the app and open the settings app. Then scroll down to the app in question and enter its settings. There is a quicker and much more useful way of getting to an app’s settings menu.

While using an app, hold down the home button to call upon Siri. Just say “settings” and Siri will take you to the settings of the app that you are currently using.

Yes, your iPad can read to you! All you need to do is enable the “speak’ function on your iPad in the accessibility settings. Go to Settings > General > Accessibility > Speech. Once you activate “speak selection”, you iPad will be able to read text back to you. You can also adjust the playback speed. This works with any app that allows you to highlight text.

Activating “speak screen” lets you access the speak function quicker by just swiping down the screen from the top with two fingers. This feature surprisingly works great on PDF’s. Another feature available in the Accessibility menu is Voiceover. Voiceover also reads out text on your screen. More instructions can be found here.

Tap back to the Top

If you are using the Safari browser and you have scrolled down close to the bottom of a very long article, it is possible to jump right back to the top of the page instantly. Simply tap the top of the browser (above the address bar, where the time is situated) and you will be transported back to the top.

This simple trick works on some 3rd party apps like Pocket. So no more aggressive swiping to navigate back to the top of your articles.

Take Pictures with the Volume Button

There are plenty of iPad tips and tricks out there for taking pictures with your iPad. But, did you know that you can actually use either of the volume buttons to take a picture with your iPad? Just open up the camera app and press any of the volume buttons. No need to move a finger onto the screen in order to take a pic now. This works especially well in landscape mode and can also aid in stability.

A good list of iPad tips and tricks will not be complete without keyboard shortcuts. Earlier we looked at ways to improve the use of the iPads virtual keyboard. But by using an external keyboard you can still be just as productive. You can quickly switch between apps the way you would on a PC by hitting ‘Command + Tab’. Some Bluetooth keyboards are made with iOS in mind and feature a Home Button. This is really useful because of all the features that are packed into the Home Button. Features like activating Siri and the iOS multitasking screen.

To access a more in-depth app specific shortcuts, open up an app like Evernote and hold down on the command key. a list of shortcuts will appear, thus giving you a better opportunity at being more productive.

If you press and hold a link in Safari, a dialogue box will appear giving you the option to “open in a new tab”. This will open the link in a new tab in the background. You can continue with reading your current article before you switch over to the new tab.

As Good As a Laptop?

Can an iPad replace a Laptop? This debate has been ongoing for years now since the iPads initial release. The Laptop in every argument was always crowned champion. But with the ongoing software and hardware advancements, the iPad has received over the years, it has caught up quickly. Using these iPad tips and tricks will ensure that you are just as efficient on your tablet as you would be on a laptop. Adding a Bluetooth keyboard to your setup will also increase your productivity.

The latest 2017 iPad comes at a reduced price with amazing performance and features. This makes it a pretty viable and affordable option when compared to today’s laptop prices. You can read more on our opinions towards the latest iPad in our ‘Closer look at the 2017 Apple iPad‘ article. If you do have an iPad but still wish to continue using a laptop, you can check out this cool article on How to Use a Tablet as a Second Screen.