What we Know So Far About the Nintendo Switch Console 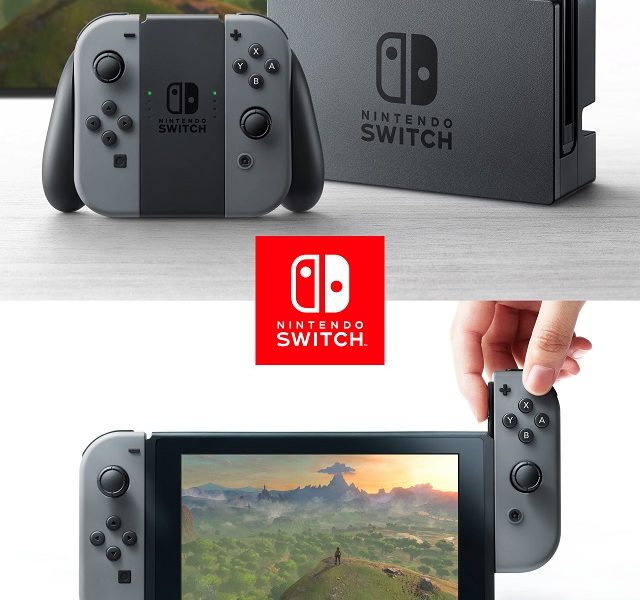 What we Know So Far About the Nintendo Switch Console

The Nintendo Switch console is the latest piece of hardware to come from Nintendo. While the company is one of the most beloved gaming businesses in the world, they’ve been having a rather rocky time in the home console market.

The success of the Wii was both unexpected and massive, but that same magic failed to make it to the Wii U. There have been many reasons put forward as to why the Wii U failed, but no one can argue that it hasn’t been a black mark on the history of the company.

For the past few years, Nintendo has been kept in the black by its phenomenally successful 3DS handheld. The 3DS family as a whole has sold nearly 60 million units. That makes it the 11th best-selling console and the fifth best-selling handheld of all time.

The 3DS can’t hold the fort forever, so four years after the Wii U  was first released we have a new Nintendo console to look forward to. Ever since the original Wii, Nintendo has been experimenting with various console designs. The Wii U gave us the weird tablet controller and now the Nintendo Switch console squeezes the whole system into that design.

As far as we know, all the internal parts of the console are inside what’s basically a tablet computer. When you are playing your Nintendo Switch console at home, you just slide it into the dock and use it like a PS4 or Xbox One.

The big question is how you’ll control the console in its various modes. Nintendo has shown us how the Nintendo Switch console will seamlessly transform in various marketing videos, but it’s pretty simple to explain.

Basically, you attach the two halves of a “traditional” console controller to either side of the tablet but. These are known as “Joycons” and come in a left and right configuration.

When you’re at home, the Joycons are attached to a grip that resembles a PS4 or Xbox One controller’s grip. There’s also a “Switch Pro” controller that doesn’t convert or detach and is mean for home play. That looks to be an aftermarket purchase though and not bundled with the Nintendo Switch console.

Of everything we know about the Nintendo Switch console, it’s the exact technical specifications that have the least detail. To be honest, this has never mattered too much for Nintendo hardware. The last two home consoles were certainly the weakest in terms of computing power, but game sales seemed unaffected.

Where this has hurt Nintendo is in multi-platform releases. Because the outgoing Wii U had relatively little horsepower, it meant popular games from other consoles had no hope of running well. Eventually, most third-party developers simply pulled out of developing games for the console.

We know it’s a new mobile Nvidia Tegra system on a chip and that it can at least run games from the Skyrim era, but beyond that we have nothing. As we approach the launch date and get more multiplatform release confirmations, the abilities of the switch will become apparent.

The last three generations of Nintendo consoles used optical discs to store games. Nintendo was the longest holdout for cartridge-based games in the home console market. While the original Playstation was rocking a CD-ROM, the Nintendo 64 was still using carts.

Compared to CDs they were just too light on storage and too heavy on price. Now in 2017, things have changed. Solid state storage is dirt cheap and huge, so the switch heralds the return to game cartridges.

It’s not clear yet what sort of storage technology the Nintendo Switch Console uses for its cartridges. So we don’t know how fast they are or how much data they can hold.

As far as we know, there’s no direct backward compatibility with older Nintendo media. The Nintendo Switch console only has its own cartridge slot, which doesn’t seem like it will work with anything else.

So don’t be too quick to put your Wii or Wii U up for sale. It’s almost certain that older generation games will be available through the Virtual Console, but that means buying your games again.

More Than Meets the Eye

The Joycons are wireless, so you can remove them from the sides of the Switch in mobile mode. The unit has a built-in kickstand, which means that you don’t have to use it as a handheld when away from the TV.

All you need to do is set it down on a table or other flat surface and you have a miniature version of the sit-down console experience. It’s pretty neat. The usual online multiplayer seems to be present and correct. Like the 3DS there’s also local wireless multiplayer, which would have been shocking had it not been there.

The real surprise is that you can play multiplayer on the go with a single Switch unit and one set of Joycons. One person takes the left and the other the right, which means one stick and four face buttons each. That’s enough for many Nintendo staples, like Mario Kart.

As far as I know, no other handheld has allowed multiplayer on one console and it’s a creative idea that really on-form for the company.

Sink or Swim for the Nintendo Switch Console

It’s hard to overstate how important the success of the Switch is to Nintendo. The 3DS is not in decline yet, but it is showing its age. This hybrid approach is a big gamble, but in the end, it could propel Nintendo to the top of the hill as it has been more than a few times in the past.

Are you excited for the Nintendo Switch console? It’s going to be the hottest gamer gift of 2017, that’s for sure. If you’re not a fan, maybe classic DOS games are more your thing.

All Images Property of Nintendo Corporation (Fair Use)