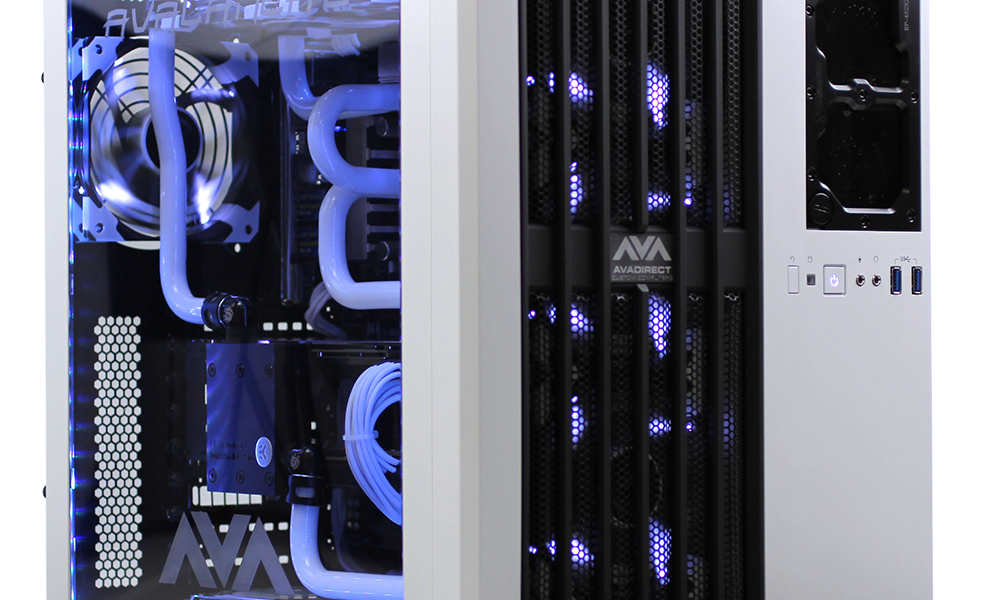 Virtual reality is finally here! The technology that’s failed to take off so many times finally seems to have the technology behind it to be a success. The real question is what exactly that technology is. Does your computer meet the PC VR requirements?

Gamers and tech enthusiasts have been waiting for the major players in the new VR industry to release their headsets for a long time. The Oculus Rift spend a long time in development, as did the Vive. In 2016 both were released to critical acclaim, but the PC VR requirements that were released with them gave people a bit of a shock.

It turns out that even gaming PCs that can run the latest games well aren’t up to the minimum requirements of modern VR headsets.

This means that you not only have to fork over a pile of money for a Vive or Oculus, but that you have to spend money on getting a PC that’s VR-ready.

In this article, I’m going to go over each requirement and explain what it means and why you need to have it. Here is a list directly from Oculus that your computer should comply with to be VR-ready:

Don’t know what any of this means? Never fear! Captain Explainer is here! The first requirement refers to the hardware in your computer and how well it performs. Both of the cards Oculus is asking for are pretty expensive higher-end cards from the previous generation of products.

The good news is that mid-range cards from the current generation are just as good as these older cards. They are also now badged with a “VR-ready” sticker so you know they conform to the minimum VR PC requirements.

Midrange products like the Nvidia GTX 1060 will do a serviceable job of running your VR apps.

Why do we need such powerful cards? Gaming on an HD monitor at between thirty and sixty frames per second is pretty much par for the course.

VR is a different beast. You need to drive an HD display for each eye and you need to sustain ninety frames per second or risk getting motion sickness. A bit of occasional stutter or frame dropping on a screen is not going to hurt you, but when the whole world lurches, slows down and speeds up around you there’s a good chance you’ll lose your lunch.

Computer processors have become so powerful that even low- to mid-range CPUs can power smooth HD graphics when paired with a decent graphics chip.

With high-end VR we need more from the processor than before. It needs to process all the motion data that you’re feeding it for one thing and it has to feed the GPU a lot more information than would be the case for regular screen-based PC gaming.

The requirement for 8GB of RAM is probably the least problematic for most people. 4GB is pretty standard now and upgrading to 8GB is usually not expensive. You may even be able to simply add 4GB if you have open slots.

8GB of RAM is quickly becoming the standard for new computers anyway and many multitasking power users have at least 16GB of the stuff.

RAM is important because it gives the software that you are actively running fast memory to operate in without having to resort to a much slower hard drive or SSD. By having enough RAM you can prevent stutter and lag that could turn your VR experience into a motion-sickness nightmare.

The most innocent-looking requirement is actually the most insidious one. VR-ready computers need at least two USB 3.0 ports. USB 3 is the latest fast digital connection computers come shipped with.

It provides a fast connection for things like hard drives. It’s through this fat pipe that your headset sends all that motion data back and forth. This is a frustrating one, because even if you have a fast enough computer on the CPU, GPU, and RAM fronts simply having no USB 3 means you have to get another motherboard. Possibly a whole new computer of your CPU doesn’t have any USB 3 motherboards.

The good news is that most new computers do ship with USB 3 and in some cases its even possible to add it using a PCI card if your desktop computer has the slots for it.

Not for Road Warriors

The latest laptops may be VR-ready on paper, but I would do my homework before considering one for VR. Often laptop motherboards and onboard GPUs may have quirks that make gaming and, by extension, VR a less than ideal experience.

If you’re looking for a compact VR-ready machine it may be a better idea to go for a Mini-ITX computer.

While this helps smooth out framerate issues to make VR feel more natural and responsive, it’s still a trick that doesn’t actually provide you with 90fps of visual information.

There are also visual glitches or artifacts that can happen when these methods are used, so it’s not a free ticket to top-quality VR.

Into the Rabbit Hole

VR is an exciting new consumer technology, but we’re still in the early days of its modern revolution. The expense of the computer you need to have the full-on VR experience may seem a little daunting, but prices are coming down all the time.

PC VR requirements will probably soon align with new mid-range computers and prices are coming down all the time. While you wait for the right time to buy, why not get clued up about graphics settings on PC?

All other images Public Domain