Has Apple Lost Its Mind with the New MacBook Pro 2016? 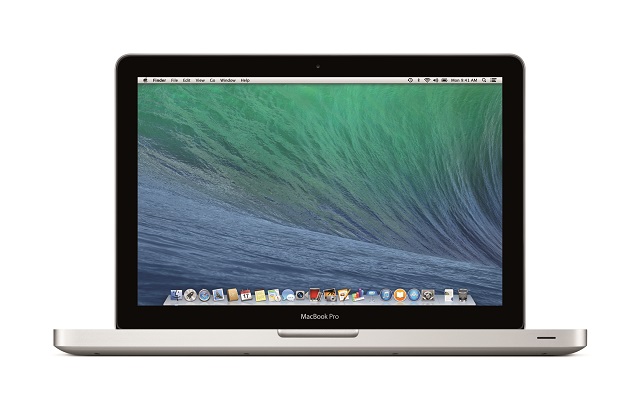 Has Apple Lost Its Mind with the New MacBook Pro 2016?

Although I really love iOS devices, I’ve never been a huge fan of Apple computers. I’ve worked with a few MacOS at various jobs over the years, but my interactions with Apple computers have mostly left me unimpressed. The decisions that Apple have made with the MacBook Pro 2016 aren’t going to change my mind anytime soon it seems.

This is a $2400 laptop, but if you looked at the spec sheet you’d think it should cost half as much. The issue of money aside, these specifications are hardly what I would call “pro”.

I’m fine with expensive, thin and boutique electronics, but the idea that something with such middling parts is suitable for professional purposes is stretching it.

The flagship 15-inch model has an OK processor in the form of an i7 quad-core, but 16GB of RAM is a little tight for professional applications. That would not be so bad if you could upgrade it, but 16GB is the most you get.

To add insult to injury, if you buy a model with 8GB of RAM you can’t upgrade it at all. Everything in the MacBook Pro 2016 models is soldered in permanently. Who knows what you can do if a RAM module fails at some point.

While the two lower-end MacBook Pro 2016 models are “blessed” with nothing but onboard Intel graphics, the flagship comes with a Radeon Pro 450 GPU.

It’s true that at a power drain of at most 35W, the Pro 450 is a good choice for longer battery life. The downside is that it only has 1 TFLOP of processing power on tap. That’s positively dismal by modern standard.

To put this in perspective, the Tegra X1 tablet GPU puts out 0.5 TFLOPs. At this price, you can get a Windows laptop outfitted with a GTX 1070 mobile, which nearly hits 7 TFLOPs at peak.

For professional GPU applications, this level of performance is pathetic. It’s in-line with some ultrabooks but honestly, a Pascal GPU would have been better.

Even the 1050 Ti hits 2.5 TFLOPs for 40W more, but you can limit the performance and power draw on battery power. Really, either get a model with just the onboard Intel graphics if you know you won’t need more grunt or opt for the 1.86 TFLOP Radeon 460 upgrade if you want any hope of decent 3D performance.

The mismatch between the GPU and screen resolution is even more pronounced. The 2880 x 1800 resolution means that you can throw away any hope of running full-screen 3D graphics at the native resolution.

Remember this is a $2400 machine. Is that really acceptable for a “pro” device?

The OLED touch bar that comes with all but the base model is less clearly good or bad.

On the surface, it’s a pretty decent idea. In practice, it means that you have to look away from the screen in order to use it. I just don’t see that as something that will make your workflow better.

The addition of a fingerprint sensor is good if unremarkable, but a dedicated physical button to summon Siri may have been more useful.

If you’re a video or photo editing pro, who are really the only “pros” the specs on this machine are suitable for, you probably use your keyboard and mouse without looking away from the screen. I don’t think it will be long before the touch bar’s novelty wears off.

If you’re thinking about this new MacBook you’d have to also think hard about whether you’d ever actually use an expensive feature such as this for serious work. The biggest issue with the MacBook Pro 2016 has to be the decision to ditch all connections but USB-C with Thunderbolt.

I’m not 100% negative about this and I sort of admire Apple for the bravery of the move. It’s not the first time they’ve done this. They were also pioneers in ditching optical drives when everyone else still thought they were essential.

Recently they also dumped the headphone jack in favor of USB-C, which also drew criticism.

These decisions are uncomfortable for users in the short term because they still have a ton of soon-to-be legacy accessories that now require adapters to work.

In the case of the MacBook Pro 2016, this issue is amplified because we’re talking about multiple accessories. You’re looking at hundreds of dollars extra in dongles. That is, if you want your new MacBook Pro to work with everything you could plug into your old one. For all their battery-related design decisions, the MacBook Pro 2016 failed (for the first time) to get a recommendation from Consumer Reports. Why? Because of random issues with battery life.

A hasty fix and some damage control by Apple reversed that decision, but consumer confidence has already taken a hit.

The bugs with the MacBook Pro 2016 also keep coming. Ironically, the already-pathetic GPU presented new owners with terrible glitches which Apple was quick to blame on bad third-party software. I guess doing thorough QA is not worth $2400.

Either way, the big bugs are claimed to be fixed in the latest update.

It’s All About the MacBook Pro 2016 Money

Most reviews out there about the MacBook Pro 2016 are quite positive. However, as someone who actually values their money, I find it hard to understand why.

To be clear, I paid top dollar for an iPad Pro. But there I actually got a product that was a performance leader at the time and actually fit my own use-case for it.

I believe that it doesn’t’ matter what brand a product is. What matters is whether it does what I need it to do well and at a reasonable price. Could I say that the MacBook Pro 2016 offering does what I

I want to get my money’s worth when buying a high-end piece of technology. I just don’t think the MacBook Pro 2016 represent that.

Images are Property of Apple Corporation. They are provided for press and industry analysis use in accordance with the provided Apple press image agreement.

Neal Bricker
Read More
Scroll for more
Tap
Do You Know Why Do Phone Batteries Explode?
15 iPad Tips and Tricks You Probably Never Heard Of