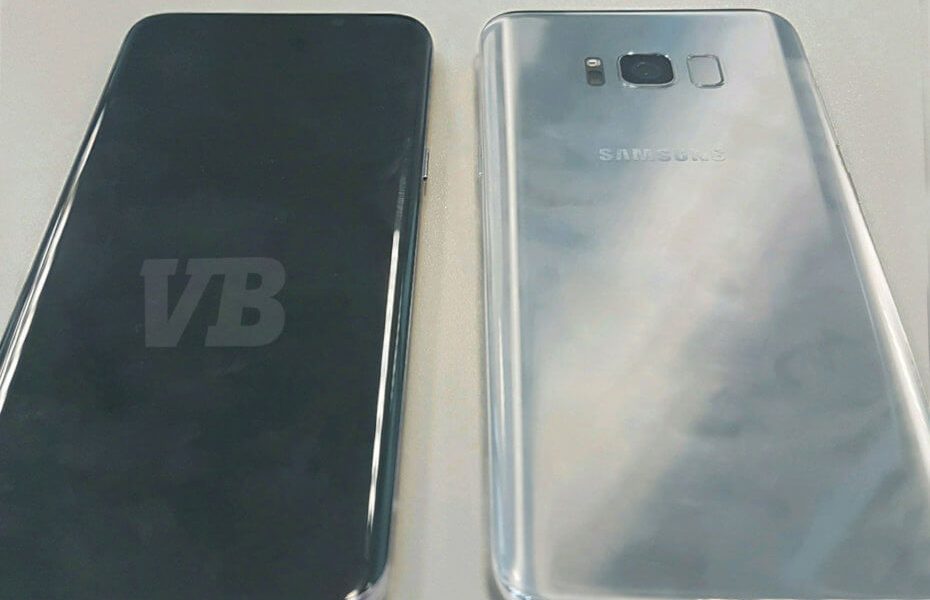 Besides perhaps the Apple iPhone, few smartphone lines generate as much as hype as the flagship Galaxy series from Apple.  Even after the disaster that was the Galaxy Note 7, Samsung’s upcoming phone, the Samsung Galaxy S8, is no less anticipated.

The launch and release of the S8 are rapidly coming on now and more details are coming out about this phone every day. Of course, some, all or none of these rumors may end up being true. So take any claims with a big pinch of salt unless Samsung confirms it themselves.

Give It To Me!

Following the S7 Note’s battery fire problems the Samsung Galaxy S8 was delayed. It was meant to debut at the Mobile World Congress in Barcelona, but presumably, Samsung wanted to double check that their new phone would not be the victim of the S7’s flaw.

We do know more or less when the Samsung Galaxy S8 will be launched. The most likely date is at the end of March, with the phone going on sale sometime in April 2017.

Of course, some countries will get it a little later, but that seems like a fair estimate for US and major European markets. One thing that will be different about the Samsung Galaxy S8 is that the battery is unlikely to show the systematic failures the Note 7 did. This is mainly thanks to the fact that Sammy went back to the drawing board and rethought how it evaluates battery safety.

They now have an all-new eight-point battery safety test designed to ensure any problems will show up before the phone goes to market. They are even leaving a bit more room for the S8’s battery just to be safe.

Better on the Big Screen

As with any smartphone, the main feature people will interact with is the screen itself. It’s also one of the hardest places to differentiate your product. In the end, most screens just look like glass rectangles.

Samsung was one of the first to bring us a phone with a curved screen. Their Galaxy Edge phones may not have added much practical functionality, but they certainly looked beautiful and futuristic.

Rumor has it that the Samsung Galaxy S8 will sport not one, but two curved edges. Changing the phone from a fat rectangle to something more like a bar of soap in shape.

You Bezel Believe it!

Shrinking the bezel around your screen is a great way to provide more screen real estate without making the phone itself bigger. The problem is that you give your users less space to hold the phone without activating the touch screen.

Now,
however, there are great technologies that let the screen know if a touch to the edge is accidental or not. So the problem is not really a problem anymore.

Thanks to those alleged double edges the Samsung Galaxy S8 may end up having little or no bezel to speak of. If that’s true Samsung will have beaten the other major phone makers in the race to market a bezel-less phone.

Starting with the iPhone 6, Apple started to release a jumbo-sized version of its regular phone to the public. So you could get the regular iPhone or a “plus” model.

There’s reason to believe that Samsung may be following suit with the new S8. We’ve sort of had this in the past with the Note series, but those phones usually had many differences in terms of internal components and design.

This could be the same phone, just with a different frame and screen, which would be a first for the Korean giant. We could see something like a 5.8- and 6.2- inch version of the S8 at launch. Apple has Siri, but so far Samsung has made do with the rather sterile Google Assistant AI helper. That may change with the Samsung Galaxy S8 because Sammy has patented an AI assistant of their own: Bixby.

That’s a pretty ballsy move on Samsung’s part if it’s true. Creating a useful and well-received AI assistant may be something beyond the likes of Samsung. After all, you’re going up against software giants such as Google, Amazon, and Apple.

Either way, S8 owners may be treated to the first outing of a platform-specific AI assistant from Samsung.

When Apple decided to remove the headphone socket from the iPhone 7. There’s an unsupported rumor going around that Samsung may follow suite, but that’s not super likely.

What is likely is the swap from micro-USB to USB-C. It’s a pretty safe bet since so many other phones, flagships or otherwise, are doing the same. In the end, USB-C is a much better technology and if the S8 retains the headphone jack it will be a good device to transition your accessories on.

While the phone is probably going to continue the “glass and metal” trend, we have seen some speculation about the color options. Previous S phones have made some bold color choices, with the Blue Topaz being a personal favorite.

If the rumor mill is right in this regard we may be seeing less bold choices, with the launch phone limited to black, gold or gray.

Thanks for the Memories

The technical specifications, especially the CPU and GPU models, are still very much up in the air, but there are rumors that the Samsung Galaxy S8 may be available in capacities up to 256GB.

Since dropping the SD-expansion option, Samsung really has no option but to give more storage choices to its customers. Let’s just hope they don’t charge a fortune for SSD storage the way Apple does.

So what do we think we know?

Luckily the time to know for sure it at hand. In the meantime, why not check out our article on why batteries explode and why we may be seeing the end of the high-end smartphone.

Other images are public domain via PIxabay