Do You Know Why Do Phone Batteries Explode? 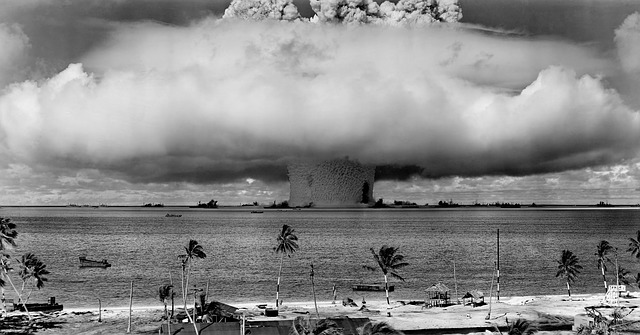 Do You Know Why Do Phone Batteries Explode?

You might have heard the scary fact that phone batteries explode from time to time. It’s been in the new a lot thanks to the recall and termination of the Samsung Galaxy Note 7, which suffered from catastrophic battery failures.

While the Note 7 had an unacceptably high rate of battery explosions, it’s actually not weird that phone batteries can explode. It’s something that’s been happening for years.

It’s just that a design flaw in the Note 7 made the risk of explosion much more than could be considered acceptable. So why exactly do phone batteries explode? An explosion happens when stored energy is suddenly and rapidly released for some reason. When you light the fuse on a stick of dynamite, the heat of the flame sets off a chemical reaction that makes the TNT molecular bonds change, rapidly releasing gas and heat.

Basically, the space that the dynamite wants to take up increases by orders of magnitude and anything that gets in the way better watch out.

TNT is a relatively stable explosive that will only explode if certain things happen. That’s why Alfred Nobel (of Nobel Prize fame) invented it: as a safer to transport explosive. When the chemical energy inside a battery is released in an uncontrolled fashion it can lead to heat, fire and possibly explosion. All batteries have the potential to explode

All batteries have the potential to explode under the right (or I guess wrong) conditions. If you throw regular old disposable batteries in a fire (DON’T) they could conceivably explode too.

The more densely packed the energy is in a battery, the higher the potential for a violent release of that energy.

It so happens that the batteries our advanced electronics use are some of the most energy dense batteries we ever made.

So Why Use Them?

These Lithium Polymer or “LiPo” batteries have become the dominant battery technology for smartphones. laptops and tablets for a number of reasons:

With modern safety circuitry and better manufacturing methods, LiPos have become safe and reliable enough for mainstream use. We have to thank this battery tech for basically bringing us the modern mobile computer age.

Still, this doesn’t mean we can take them for granted or treat them with a lack of respect. There are a few reasons a LiPo might explode or flame out:

These problems lead to something known as “thermal runaway”. Some part of the battery gets so hot that a self-sustaining chemical reaction begins.

In the case of the now infamous Note 7, it seems that Samsung didn’t leave enough room for the LiPo to expand in its casing. LiPo batteries tend to swell and contract as a normal part of their operation.

The leading theory is that the Note 7’s battery sometimes didn’t have enough room to swell as much as it wanted to. This squeezed the insides of the battery together and could cause a short-circuit. This same pressure could also apparently come from sitting on the phone or otherwise squeezing it.

Should I be Worried That Phone Batteries Explode?

Even when there was a systematic flaw present the actual number of Note 7 phones that exploded or flamed out was very low. The main reason LiPo batteries explode is usually a lack of adequate safety features or poor manufacturing standards.

That’s mainly why all those hoverboards had to be recalled since their battery systems did not conform to US or EU standards. Some of the dodgier models could burn a house down if you were unlucky.

Usually when you hear about a phone battery exploding it turns out that the owner had installed a counterfeit battery. These are put together so badly that they are dangerous. A LiPo that has been made correctly poses very little risk to you.

There are a few things that you can do to protect yourself, though:

To see what happens when a LiPo fails in this way check out this neat video:

Notice that the AA batteries don’t flame out, but with a little help from a metal nut to puncture and short the LiPo, it quickly provides us with an intense inferno.

When things really go wrong with a LiPo (such as being crushed in a hydraulic press) that’s a typical reaction. Imagine if that was in your pocket or near some curtains!

There is no such thing as a 100% safe technology. Just ones that are safe enough. So that’s why phone batteries explode, but you can sleep well tonight knowing that yours probably won’t.