How to Choose a Graphics Tablet that Fits Your Needs

How to Choose a Graphics Tablet that Fits Your Needs

Graphics tablets have revolutionized the professional workflow of graphics artists, photo editors and any number of creative people who benefit from emulating the pen-and-paper experience in the computer world.

However, there are a lot of different options out there when it becomes time to actually put your own money down for a graphics tablet. There are also many different tiers, starting with cheap (ish) amateur-grade tablets all the way to multi-thousand dollar systems for professional use.

So here are five tips regarding the most important factors to take into account when choosing a graphics tablet for yourself.

While it’s easy to simply pick the tablet that looks the best in terms of hardware, a tablet is only as good as the software that it works with. Make an effort to review the bundles software and utilities that a tablet comes with. It also matters very much which creative package you’ll be using with the tablet.

If you use something specific such as Photoshop or a more niche art or animation program, make sure that the tablet you have in mind works properly with that software. Google for known compatibility problems and make sure that the operating system on your computer has a stable driver for that tablet. 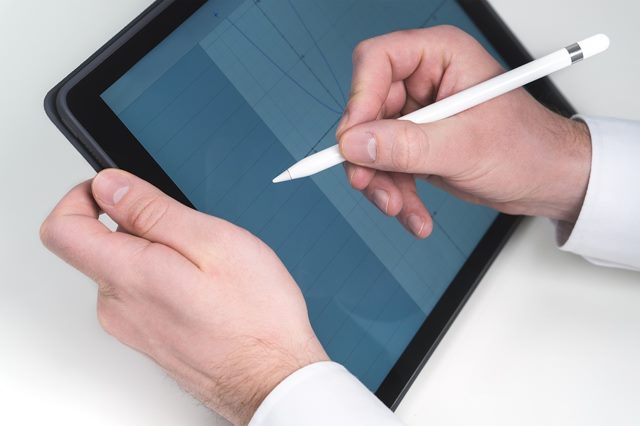 Thanks to tablet computers we now have many more choices when it comes to putting digital pen to virtual paper, but tablets such as the iPad are not optimal to draw on thanks to their lack of pressure sensitivity.

When you combine something like the iPad Pro with an Apple Pencil you have a great solution, but it’s not cheap. Basically you need to look at how and where you want to work and then ask yourself if mobility is worth the additional outlay.

I also helps that something like an iPad Pro can be used for more than just a graphic tablet. Also don’t forget about laptop-tablet hybrids such as the Microsoft Surface. Depending on what other things you do besides draw, it could be cheaper to have on device that does multiple things rather than a dedicated graphic tablet.

Recently the mad-geniuses behind the Duet Display app essentially made it possible to use the iPad Pro like a high-end Cintiq, which makes it an even more compelling choice. 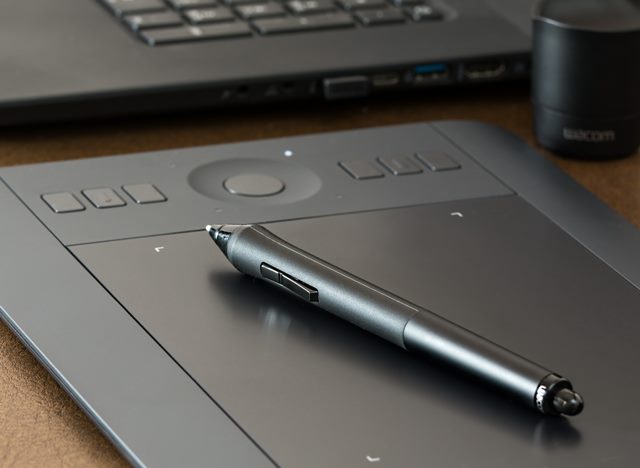 If you do go with a traditional desk-bound tablet, you need to pick between a tablet only or a tablet which also has a screen. For example, the Cintiq line from Wacom is a tethered tablet that you draw on directly. This is the most intuitive way to use a graphic tablet and if you have the money it’s definitely recommended. Traditional graphic tablets don’t work like this. It’s just a black or grey square and your strokes are replicated on a screen in front of you.

Some artists swear by this method, even when given a choice to have something like a Cintiq. This may partly be due to familiarity, but there is something to be said for the improved posture of drawing this way. You don’t have hunch over for hours to draw. This choice is entirely down to budget and personal preference, but it is something to think about.

What happens when you need a new stylus, a new tip for your stylus or if something goes wrong with the software that drives your tablet? Make sure you know both what the on-paper afters sales agreement is as well as the actual service reputation of the company.

Sometimes a cheap tablet is perfectly fine until the first thing goes wrong. That’s when you may realize that you’re on your own. Parts availability is also something to check, especially if you have to import a tablet yourself and there are no local agents to service your product or sell spares.

Being Real About Specifications

Specifications are going to be one of the main parts of the marketing strategy for a company that sells graphic tablets, but specifications can often be overblown in terms of how important they are.

In the end a graphic tablet is a very intuitive instrument. Something that has the best specifications may end up feeling worse to use in practice. Sometimes it can be down to the ergonomics of the stylus or the choice of materials. Something that doesn’t translate to a spec sheet.

The idea would be to try before you buy of course. This is not always possible, so if a seller provides a very open returns policy it may be worth buying from them with the idea that you have a period to decide whether you like the product or not.

Specifications such as the level of pressure sensitivity aren’t that important depending on the type of drawing you do. Most people will notice the difference between 256 levels and 1024, but from 1024 to 2048 it could be moot.

A far more important factor is the actual size, especially if you have a large, high-resolution screen, which might make the tablet feel over sensitive and inaccurate if it’s a small mode. Pay serious attention to the manufacturer’s recommended monitor sizes for a given tablet.

It’s interesting to see how people are moving away from pure specifications when making technology buying decisions. When tech bloggers were asked to name their top gadgets to own, almost none of them justified their choices in terms of specs. We can all learn a lesson from that.

Any artists who hasn’t embraced the digital world yet faces an uphill struggle to keep up with those who have. Ironically, there’s an ongoing craze for vintage technology, but the ancient art of drawing is pushing into the future faster than ever.

Getting to grips with the software is just as important when it comes to the quest of keeping up with the state of the art. So be sure to have a look at these trusted Adobe design tutorials too!