Top 5 Siri Alternatives for Android That You Will Love 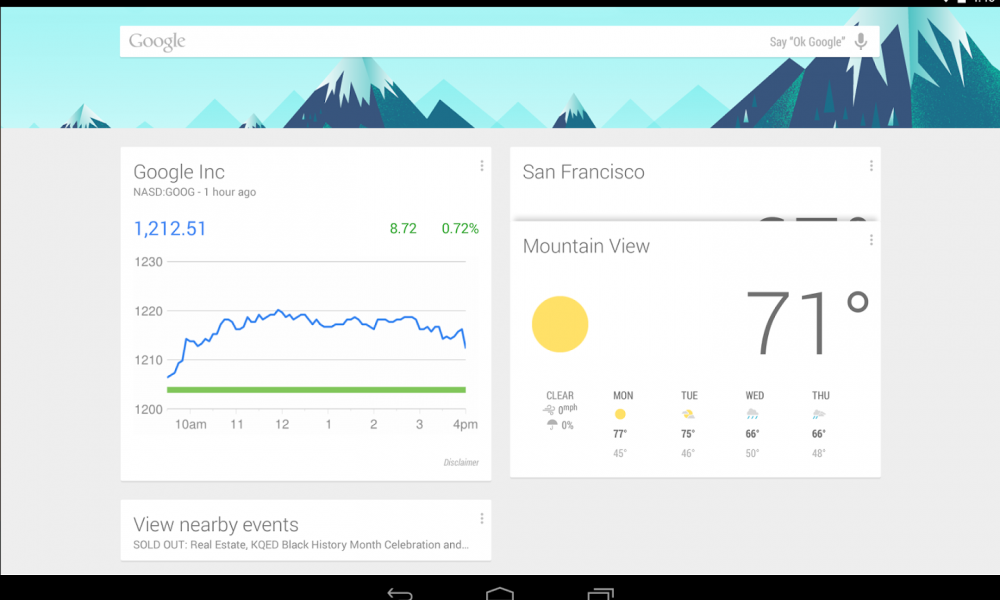 Top 5 Siri Alternatives for Android That You Will Love

Ever since we met her we have been in love with her. I’m talking about Siri, the virtual personal assistant app that has been part of Apple’s ecosystem since 2011. The first device to run Siri was an iPhone 4, an extremely popular device at the time. Part of the iPhone 4’s success is due to the inclusion of Siri into the phones OS. At that point in time, the software and its concept were exclusive. There were no Siri alternatives for Android

Since then Siri has become smarter and has also developed a bit of a personality. She responds to your voice commands and fetches you info, she even tells jokes (oh and Siri can beatbox too!). Unfortunately, Siri is only available for Apple Devices, such as an iPhone or iPad. If you are an Android user you will have to miss out on Siri. But the good news is that there are plenty of personal assistant apps available for Android. Here are some Siri alternatives for Android.

Google Now is a virtual assistant (an intelligent personal assistant, as Wikipedia puts it) developed and created by Google. The app is available on Google’s own Android mobile operating system. It’s also available on iOS and Windows and is seen as the companies answer to Siri. The app is currently one of the main default Siri alternatives for Android.

Apart from the usual voice commands and answers, the standout feature has to be Google Now Cards. Now Cards bring you information in the form of cards based on your search preferences. The suggested cards with articles based on your previous searches are better than I expected it to be. I initially didn’t care much for this, but I have discovered some great news here which was very much tailored to my interest.

I also came across important updates to stories that I have been following ever so closely. The experience of incidental discovery is actually more satisfying than you may think and this will lead you to use the app much more frequently.

Google Now as a Virtual Assistant

Google Now makes perfect use of the companies vast amounts of information at its disposal. The app certainly feels smarter than other virtual assistants in terms of the information it dishes out to you after every voice command. Google Now also seems to understand what you are saying better than Siri does.

An example is me asking Siri for more info on the movie I Am Wrath starring John Travolta. Siri just simply cannot understand that request, even when I change my accent and pronunciation. Google Now, on the other hand, responded perfectly on the first try and also read out the list of cast members to me.

Having the information you requested read out to you is awesome, but Google Now doesn’t do this as frequently as other Virtual assistants. It usually just brings up Google search results by default in most cases. When the app does talk you, it really is a very robotic and straight forward emotionless voice.

It’s a case of OK Google, don’t talk, please! Siri is greater in this aspect because unlike Google Now, Apple has put in a greater effort in giving Siri a personality. However, it still feels like the Google Now app understands you better than Siri.

Cortana is Microsoft’s version of an intelligent personal assistant. It came in as part of the Windows 10 operating system. Now, the app is part of the ever-growing list of Siri alternatives for Android. Cortana for Windows 10 has been met with high praise from its users since its release.

Cortana integrates well with the Windows 10 Calendar app by assisting you in adding, removing, and re-scheduling meetings. All you need to do is just tell Cortana to move today’s meeting to tomorrow and it gets done. Cortana recognizes this, and this can be done while you are typing out and email!

It doesn’t end here. You can talk to Cortana from across the room and ask her to look up information like the weather, track packages that you are waiting to be delivered to you, and the score for your teams last game. Cortana received a huge amount of attention and praise during the release of Windows 10. Using Cortana on a Windows 10 PC is certainly an enjoyable experience. It makes sense that Cortana is now available on both Android and iOS devices. Using Siri is the obvious choice for most of us with an Apple Handset. But Siri is unable to integrate with a Windows PC the way Cortana does. And Cortana seems to be better at interpreting what you are saying.

The experience of Cortana on mobile devices seems to be a combination of Google Now and Siri. In most cases, if you ask Cortana something, you will get answers in the form of cards similar to the Google Now cards. Even with its limited information, these cards are a treat to the eyes and are very satisfying. Cortana also has a great understanding of natural language and is good at answering follow-up questions. Siri can be really terrible at this and you would usually have to identify the subject continuously in every question you ask.

Robin is a basic AI voice assistant. It is the only one on this list of Siri alternatives for Android that is only available on Android. The app is meant to be a top class driving aid that takes voice instructions from you. All you need to do to activate Robin is to wave your hand across the screen of your phone will in navigation mode.

Robin is a great companion in the car when driving around. But its feature set is pretty basic. It can fetch you the weather, update your twitter status, and tell a few jokes. The actual interface is very outdated and looks similar to Apples iOS 5.

Hound is an app that assists you in completing tasks that you assign to it. It can also answer whatever questions you may have. All of this is done through voice command of course. The app’s standout feature may just be its integration (or partnership) with Yelp and Uber.

Keyvan Mohajer, CEO of SoundHound, claims that his company has been working on its virtual assistant app even before Apple introduced Siri. Mohajer has stated that Apple and Google translate your voice into text. The app then tries to find a meaning for the text. Hound tries to bring that meaning closer to what the user was actually asking for.

You can ask Hound some complicated questions and it is possible to receive the exact answer that you were looking for. Siri and Google fall short in this most of the time. You will usually have to ask a series of questions first before you can get to an advanced answer that you are seeking. Hound does perform better in this aspect.  The app was developed with advanced question interpretation in mind.

The Android mobile OS comes standard with the Google app. Then there is also an option to install more similar apps like Cortana or Hound. Now, bezel-less Samsung S8 and S8+ users will not just have a few Siri alternatives for Android at their disposal. But they will get their very own personal assistant app.

Samsung S8 smartphones currently come shipped with the Google Assistant app but will soon have access to Bixby, Samsung’s answer to Siri, Cortana, Hound, and Google Assistant. From the looks of things, the app seems to be exactly that. A combination of the top virtual assistants.

Bixby will be able to analyze the apps you use as well as your browser and gallery and will feed you suggestions and info the way Google and Cortana does. The app also goes a step further and assists you with taking your pictures as well as arranging your photo gallery for you. Bixby will also integrate with your Samsungs settings, contacts, and messages. Not Just Another Samsung Copycat App

Initially, the addition of Bixby to Samsungs lineup of custom apps for their devices felt like the usual uninspired attempt to replicate already stock Android apps (which come standard on Samsung phones). A couple of examples of this is Samsung’s the Internet and mail app.

There really isn’t a need for this. But Bixby does still seem like a legit attempt to become the champion of the virtual assistant arena. Part of this is due to Samsung acquiring Viv, an already popular virtual assistant technology firm. There will also be support in the future for third-party developers who wish to integrate Bixby into their apps. This will open up a whole new level of functionality for the app.

We can expect to see Bixby later this year on Samsung devices. The app will be integrated and available within other phone apps such as the gallery and messages app. Bixby will also be available on other Samsung devices like smart TV’s, smart appliances, and fridges.

Having a personal assistant on your phone may not be at the top of your list. But as you can see, the personal assistant market is steadily growing. Companies are spending a lot of time and money on developing these amazing apps.

That being said, there still isn’t a clear winner out of all the apps that we have just covered. On paper, Bixby may be one of the best Siri alternatives for Android. We will just have to wait and see.

What is your favourite Personal Assistant? Which one do you prefer using the most?