Why Microsoft Hololens AR can Change Everything 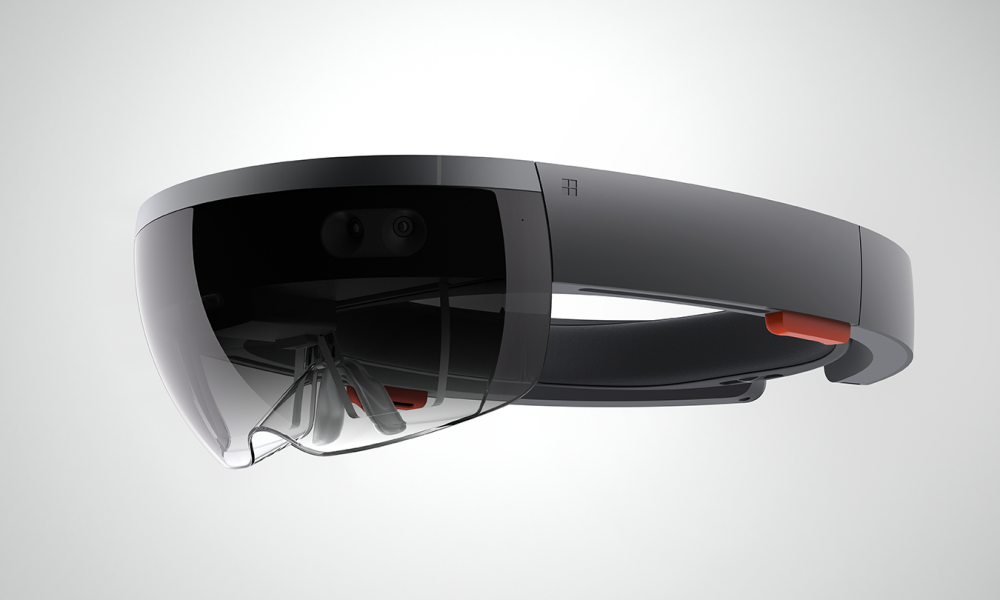 Why Microsoft Hololens AR can Change Everything

Virtual- and augmented- reality are having a major revival thanks to the current state of computer technology. We finally have headsets and graphics systems that can provide amazing experiences without causing discomfort. The Microsoft Hololens AR headset is leading the charge on practical AR implementation. Augmented reality is a term more people are now familiar with, but in case you missed it, I’ll give a quick explanation.

While virtual reality completely blocks out the world, putting you in a totally virtual one, augmented reality projects digital information onto the world. It mixes the virtual with the real.

While VR is a hot technology right now, it’s augmented reality (AR) that really stands to become the next big thing on computer interfaces. Our computers have migrated from buildings to desktops and now to our pockets. The next logical step is for them to become wearable and migrate onto our bodies directly.

AR,  along with technologies such as voice recognition and gesture control, will together completely change the way we interface with digital systems. Digital reality and “real” reality will merge into a seamless experience that we navigate every day of our lives.

The Hololens is at the vanguard of that revolution and even if it never becomes a consumer product, it will probably serve as a template for future AR systems. So let’s have a look at what the Hololens is and what it can do.

What the Heck is a Hololens?

While this can be a sort of heads-up display, where the image floats in front of you no matter how you turn your head, Hololens can do so much more. By using cameras and other environmental sensors the Microsoft Hololens AR system can mix virtual objects with real ones seamlessly.

Don’t take my word for it, check out Microsoft’s demo reel video to understand what the Hololens is meant to do:

Pretty impressive right? But how does the Hololens achieve this and what makes it special?

We’re used to the idea that most VR headsets have to be tethered to something like a computer. The Microsoft Hololens AR headset is different. It’s completely self-contained and is essentially a full and complete Windows computer that you wear on your head.

That means the CPU, GPU, memory, WiFi and all other components are built into that one device. It’s pretty incredible when you think about it. It’s a marvel of electronic miniaturization.

Apart from having an entire Windows PC strapped to your head, there’s even more to the Hololens than that.

In order for the Microsoft Hololens AR headset to mix the virtual and the real, it needs to know about the real world. That’s where the ingenious sensor suite comes in.

The main component that does this is the depth-sensing sensor. Which is similar to the Intel Realsense camera. It can see in 3D and identify objects in the room.

That’s just one camera. There are another two special environmental cameras that help the headset make sense of the space you’re in.  There’s also a set of high-quality mics that can accept voice commands.

It’s a Kind of Magic

The real magic comes in the form of the image projection system. Although they are referred to as “holograms” obviously they are not. Instead, there are two lenses that you look through called “waveguides”.

The waveguides provide a special surface that the projectors work with. That’s what creates the very real illusion of virtual objects actually being present in the real world.

What’s really impressive is how the Hololens calculates how the light in the room would affect the virtual object and adjusts it so that it looks natural. It’s an amazingly effective way to create virtual objects that look like they belong.

One of the neatest features of the Microsoft Hololens AR system is the fact that multiple people who wear the headset can share their world. This means that everyone can see the same virtual objects if they want to. This opens up all sorts of shared experiences and collaboration opportunities.

This could completely transform how we work and brings up all sorts of possibilities for telepresence as well. One day in the near future something like the Hololens may be essential for all sorts of work.

All of the things the Microsoft Hololens AR system does is only possible thanks to a dedicated processor known as the “HPU” or holographic processing unit. This little marvel integrates information from all the different sensors on the headset and makes the magic work.

It’s a specialized high-performance digital signal processing cluster that allows real-time integration of the digital projections and what’s actually around you.

It’s hard to articulate just how amazing this little processor is. Just a few years ago this technology would have been pure science fiction and now it’s real hardware.

The Microsoft Hololens AR is a product that far too expensive for the common citizen, but the technology inside it is set to become more affordable and less cumbersome.

Thanks to the Microsoft Hololens AR system we can look forward to a future that may not have many physical objects such as computer screens or even wallpaper. Instead, we’ll be living with one foot in the virtual world.

While you’re waiting for the Microsoft Hololens AR headset to become something we can all buy, why not dip your toes into its cousin VR? Get to understand the requirements for VR or make your own cheap VR headset.